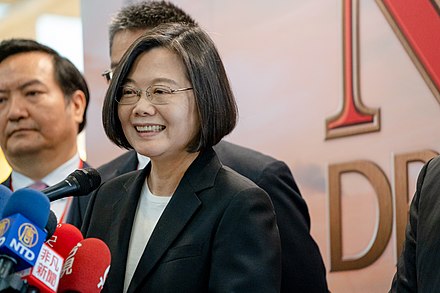 Tsai Ing-Wen, the first female president of Taiwan has spearheaded a swift and successful defense to the pandemic; Taiwan is so well prepared that it is donating 10m masks to the US and Europe. New Zealand, led by Jacinda Ardern, has had only one Covid-19 death so far; NZ has implemented widespread testing and Ardern has responded to the crisis with clarity and compassion. Germany has been hit hard by coronavirus, but it has an exceptionally low mortality. A number of factors feed into Germany's low death rates, including early and widespread testing and a large number of intensive care beds. One Twitterer said, if you're asking why death rates are so low in Germany and so high in America, it's "because their (chancellor) used to be a quantum chemist and your president used to be a reality television host." (Ed note: the face masks from Taiwan can replace the ones the Feds stole from US Hospitals.)

Related Topic(s): Compassion; Corona Virus Coronavirus Covid-19; Coronavirus Pandemic; Female Leaders, Add Tags
Add to My Group(s)
Go To Commenting
The views expressed herein are the sole responsibility of the author and do not necessarily reflect those of this website or its editors.