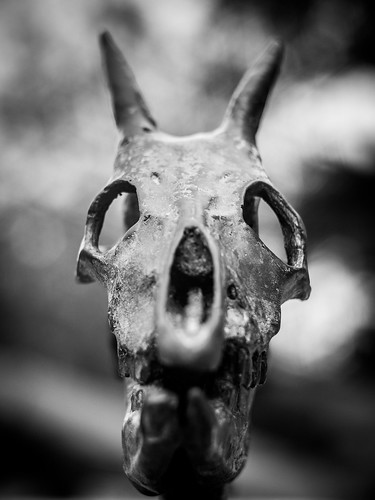 Each time, the horror of yet another mass shooting leaves us stunned, grief-stricken, and desperate for answers. But always lurking in the shadows, waiting to pounce, is a modern-day Cerberus. Like that three-headed hound of Greek mythology that patrolled the gates of hell, the National Rifle Association, the firearms industry, and their bankrolled politicians obstruct every step toward gun reform, ominously warning that any restrictions will make us helpless to protect ourselves.

When it comes to promoting this manipulative "we'll all be helpless" mind game, the leading huckster is undoubtedly Wayne LaPierre, the NRA's longtime CEO. In an op-ed shortly after President Obama's re-election in 2012, LaPierre explained, "No wonder Americans are buying guns in record numbers right now, while they still can and before their choice about which firearm is right for their family is taken away forever." In the same piece, he described the NRA as "the indispensable shield against the destruction of our nation's Second Amendment rights" and "the only chance gun owners have to withstand the coming siege." That same year, a week after the Sandy Hook Elementary School tragedy, LaPierre called for armed security guards in every U.S. school, arguing "the only thing that stops a bad guy with a gun is a good guy with a gun." And in a speech at the Conservative Political Action Conference, he listed "home invaders, drug cartels, carjackers, knockout gamers, and rapers, and haters, and campus killers, airport killers, shopping mall killers" among the threats that only assault-style rifles and other guns can stop.

The NRA and gun lobby aggressively push these psychologically-potent appeals because they know nothing sells guns like fear -- including the fear of not having a gun. Indeed, in the aftermath of massacres, worries about gun restrictions often lead to sharp increases in handgun purchases. Sure enough, gun stocks rose on Wall Street in the days immediately following the Las Vegas attack. The bottom-line here is simple: easy access to deadly weapons means greater profits for gun manufacturers and dealers. At the same time, let's remember that our country's far-too-frequent mass shootings actually account for only a small part of the bloodshed. The number of deaths from gun violence in the U.S. this year -- including homicides and suicides -- is again likely to exceed 30,000. That figure is comparable to the number of Americans who are killed in automobile accidents.

To help give their "we'll all be helpless" scare tactics the sheen of academic respectability, the gun industry has eagerly turned to the likes of economist John Lott, the high-profile promoter of the widely discredited thesis that more guns lead to less crime. Lott has argued that gun reform "will leave individuals more vulnerable and helpless" and that "instead of making places safer, disarming law-abiding citizens leaves them as sitting ducks." But his claims have collapsed under careful scholarly scrutiny. The prestigious National Research Council dismissed Lott's findings and his methodology, and researchers at Stanford and Harvard have shown that higher rates of household gun ownership are associated with higher, not lower, homicide rates, both nationally and in state-by-state comparisons.

Of course, scientific evidence regarding gun violence isn't popular with many beholden members of Congress. For them, propaganda is just fine. In fact, thanks to NRA lobbying, Congress prohibits the Centers for Disease Control and Prevention from even conducting research related to guns and public health. And let's not forget who's in the White House. Benefiting from millions of dollars of support from the NRA during his presidential campaign, self-proclaimed"true friend and champion" Donald Trump has opined, "You take the guns away from the good people, and the bad ones are going to have target practice."

Making matters still worse, the NRA's messaging machine has been winning over large segments of the public as well. For the first time in decades, recent national polls have shown there's greater support for "gun rights" than for "gun control." This support is especially strong among those white Americans who mistakenly believe crime rates are rising. And whereas people used to report that hunting was their primary reason for owning a gun, now they say it's for personal safety.

A fearful country is exactly what the NRA and gun industry want. But to protect their turf and profits even more, they also want us to believe there's yet another terrifying monster under our collective bed: the prospect of a future in which we're all disarmed and helpless to keep our loved ones safe. How can we resist these fearmongering ploys? By recognizing that sensible gun reform is only a phantom menace -- and that the real one looks like the deadly arsenal of firearms and munitions on the 32nd floor of the Mandalay Bay Hotel in Las Vegas last Sunday night.

Roy Eidelson is a psychologist who studies, writes about, and consults on the role of psychological issues in political, organizational, and group conflict settings. He is a past president of Psychologists for Social Responsibility, a member of (more...)

Related Topic(s): Fearmonger; Gun Control; Gun Lobby; Las Vegas; Mass Shooting; NRA; National Rifle Association; Propaganda, Add Tags
Add to My Group(s)
Go To Commenting
The views expressed herein are the sole responsibility of the author and do not necessarily reflect those of this website or its editors.

The DCCC's Mind Games and the Ballad of Roy Moore

Four Psychologists at the Gates of Hell

POLITICAL MIND GAMES: How the 1% Manipulate Our Understanding of What's Happening, What's Right, and What's Possible