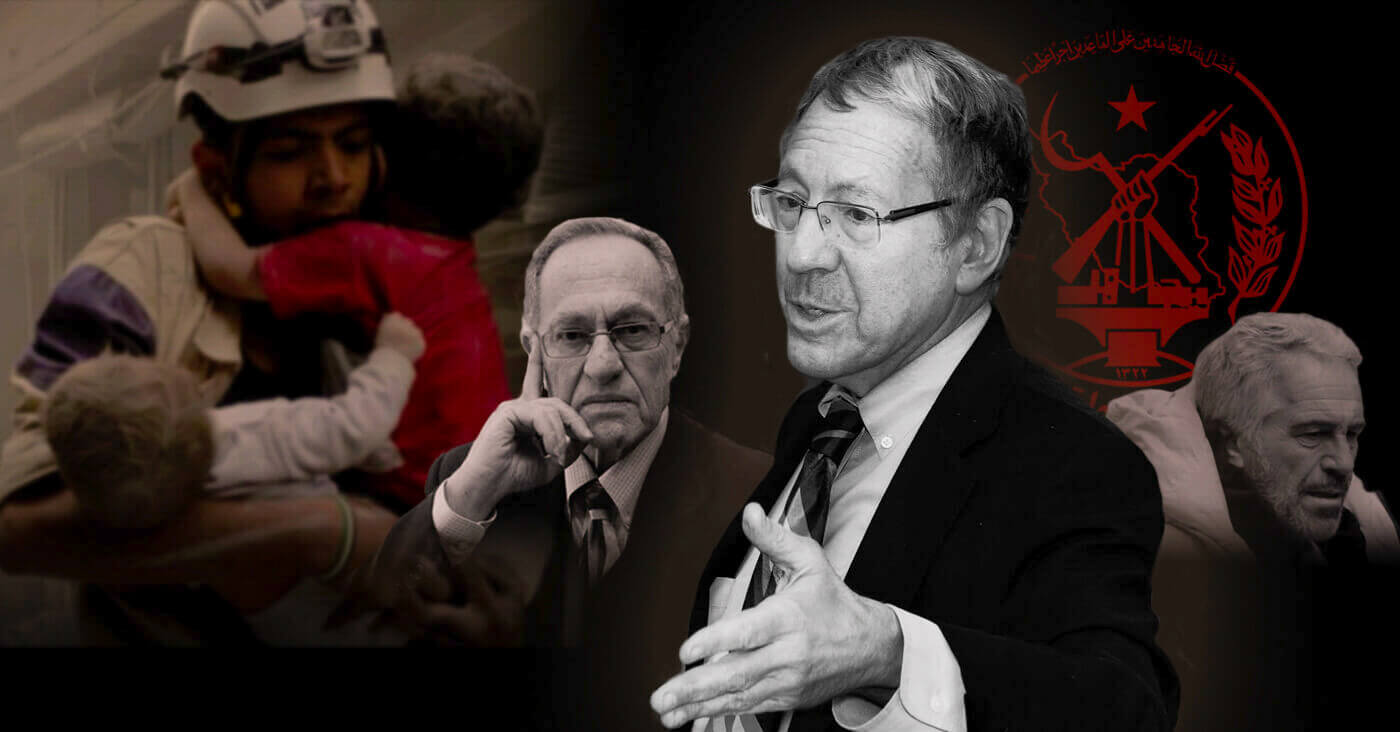 Cotler's campaigns for foreign regime change or intervention almost always march in lock-step with neoconservative U.S. foreign policy. His 'humanitarian' branding is but a thin veneer of hypocrisy to conceal his establishment policies  policies that alm
(Image by By Vanessa Beeley)   Details   DMCA

In July 22, 2018, Israel organized and facilitated an exceptional evacuation of White Helmet operatives from southern Syria, claiming the operatives were at risk from an advancing Syrian Arab Army. A number of NATO member states backed the move, calling on Israel to bring their intelligence assets to safety.

The White Helmets have been discredited and exposed as a British-government-incubated project by a number of independent geopolitical analysts, including Scott Ritter, Philip Giraldi, John Pilger, Seymour Hersh, Eva Bartlett, Graham Porter, Rick Sterling, Cory Morningstar and many more.

This journalist's extensive work has shown that the U.K. Intelligence-manufactured group of pseudo "humanitarians" financed by the majority of member states within the U.S.-led interventionist alliance waging war against Syria is nothing more than an auxiliary of the Al Qaeda generic offshoots in Syria. The White Helmet image has been professionally polished by a vast network of PR agencies, billionaire philanthropists, and media outlets aligned with their respective government objectives to overthrow the Syrian government and reduce Syria to a "failed state," as they succeeded in doing with Libya.

Israel has a history of supporting terrorism in Syria since the start of the U.S. coalition war against the nation officially began in 2011. Israel has offered medical treatment to the various militant groups previously occupying areas of southern Syria. Stories abound of Israeli troops providing covering fire for groups dominated by Al Qaeda affiliates or rebrands as they came under attack from the Syrian Arab Army legitimately reclaiming territory lost to internationally-backed armed groups.

As journalist Sharmine Narwani pointed out in her article "Are Al Qaeda affiliates fighting alongside U.S. rebels in Syria's south?"

If forced to choose, Israel prefers the presence of terrorist groups to Iranian influence ["] Israel is so heavily [in]vested in keeping Syria and its allies away from its borders, it has actively bolstered al-Qaeda and other extremists in Syria's southern theater."

Israel's evacuation of the Wte Helmets was an extension of its terrorist-supporting operations in southern Syria and a response to a cry for help from a U.S. ally that has also supported proxy terrorism in Syria for the last eight years. Certainly Israel would not lift a finger to help any entity opposed to its existence in the Middle East, regardless of the pressure brought to bear by its allies in the U.S. or the U.K. It must also be noted that Israel and NATO member states did not offer the same humanitarian assistance to ordinary Syrian refugees gathered at the borders with Jordan and in Israeli annexed territory.

During my time in the southern region of Syria, I visited numerous abandoned White Helmet centers located, as they always seemed to be, next to armed group centers or in shared complexes, usually former schools, hospitals or industrial buildings that had been converted into military headquarters and munitions factories.

I followed the route taken before me by the White Helmets as they exited Syria into the Israeli-occupied Golan Heights before being transported to Jordan for their onward journey to asylum in the U.K., Canada, France or Germany. Locals in the area told me that a significant number of leaders and fighters from armed groups had been evacuated alongside the White Helmets with no opposition from Israel.

Vanessa Beeley is an independent journalist and photographer who has worked extensively in the Middle East – on the ground in Syria, Egypt, Iraq and Palestine, while also covering the conflict in Yemen since 2015. In 2017 Vanessa was a finalist for the prestigious Martha (more...)

Related Topic(s): Canada; Humanitarian Crisis; Jewish; Media; NATO; Pro-israel; Syria; Terrorism; White House Correspondents Association, Add Tags
Add to My Group(s)
Go To Commenting
The views expressed herein are the sole responsibility of the author and do not necessarily reflect those of this website or its editors.

"The Welfare of Humanity is Always the Alibi of Tyrants", Albert Camus

Faux Humanitarian Irwin Cotler, the White Helmets, and the Whitewashing of an Appalling Agenda