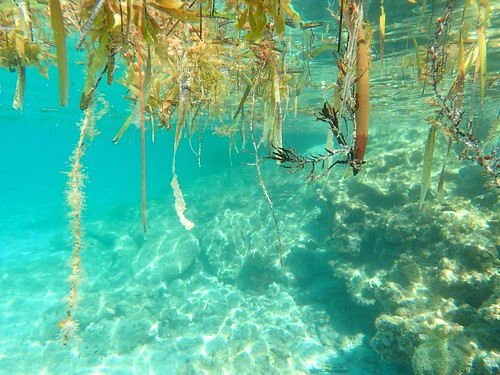 In the fashion world, cheaper is not a selling point.

Pakistan apparel and fashion has grown exponentially in the recent years. Some of the big textile groups have made an entry in apparel sector and introduced separate brands, lawns and other fashion-related products in the market. There are forty-plus high-end brands in Pakistan and has been an influx of talented designers and entrepreneurs. Number of brand-conscious consumers are increasing with every passing day and making it a billion-rupees industry. Our fashion retailers have adopted the phenomenon of 'fast fashion', which is characterized by the quick turnover of designs that move at breakneck speed from the ramp to the stores and eventually, into the garbage bin. Globally, textile production is one of the most polluting industries, producing 1.2 billion tons of CO2 equivalent per year, more emissions than international flights and maritime shipping. Around 5pc of total global emissions come from the fashion industry alone. Sadly, the Pakistani fashion industry is unabashedly slow with regards to sustainability, awareness and reform stratagem. It appears that they have decided that there is no congruence between profitability and sustainability.

The ocean is becoming a new focal point in the discourse on growth & sustainable development at national & international levels. Shifting resources from Scarcity to Abundance. A Sustainable Ocean Economy emerges when economic activity is in balance with the long-term capacity of ocean ecosystems to support this activity and remain resilient and healthy. When it comes to the blue economy, it has many sectors in Pakistan such as shipping, ports, seafaring, fishing, aquaculture, shipbreaking, coastal tourism and offshore basins. Pakistan is already on the road of blue development as a signatory of Sustainable Development Goals (SDGs). In this respect, SDG goal 14 calls for the steps for the conservation and sustainable use of ocean resources. Pakistan has fully acknowledged this goal and included it in its vision 2025. This vision 2025 recognizes the need for sufficient and cost-effective resource building for sustainable growth. While recognizing the importance of maritime and understanding its need for national development, Pakistan has recently launched its formal maritime doctrine as well. This maritime doctrine not only highlighted the need for awareness against "sea-blindness" but also illustrate the importance of the marine sector for the development and security of Pakistan.

Blue economy can provide opportunities for economic growth and also improve the socio-economic condition of the people by providing job opportunities and alleviating poverty. Nevertheless, sustainable growth is only possible if there is a balance between economic growth and environmental conservation. Natural resources were considered infinite in the past by the human race; but with the passage of time, the degradation of natural resources raised the question of their sustainability. In this respect, blue growth in Pakistan needs to strengthen the country's governance and policies regarding natural resources along with investment in human capital.

Pakistan currently has the largest population of young people who are mostly interested in what they look like. They also generally care about the environment and climate change. Brands need to put their focus on the youngsters who are becoming the most important consumer group. Consumers are willing to pay more for better but the main challenge perceived by mainstream brands is the cost of the material (economy of scale has not yet reached to be competitive on global markets).

Over the last years, most luxury brands like Nike have experimented with fish leather and seal skin. Many have focused on bioeconomy solutions with the mission to harness natural resourc­es in a way that both maximises value creation and respects environmental boundaries. The social and environmental challenges in the textile sector are both urgent and humongous. On the environmental side, the focus areas are water, greenhouse gases, land use, chemicals and waste. There are initiatives aiming at reducing the impact of leather production, such as "Nike Flyleather" (90% less water usage, 80% lower carbon, 50% recycled fibers).

Most fish industrials focus on their core business of food production, and skin usage is just a small, added income, not a high priority. One ton of fish skin produces around 80 kg of leather and has significantly lower footprint than cow leather. Fish leather, which is made from fish skin, are waste products left over after the animals are used for food. It will allow primarily women in these activities, transforming the fish skin in order to sell it at a higher value. The creation of such value chain would benefit women and youth allowing them to increase their earnings from these activities.

Another issue faced by fashion companies is the perception of fish leather as it varies from country to country (Iceland vs. Norway). It can sometimes suffer from being perceived as an old "Viking" material and easily be dismissed by young generations. Much work is needed at the branding level and tapping the promising markets besides textile for fashion: home decoration, automotive equipment, airplanes.

Seaweed is antioxidant, it is skin-friendly, full of vitamin and minerals. Seaweed, though not a waste product, is more sustainable than cotton or other fibres commonly used in the fashion industry because it does not take up land that would otherwise be used for crops. If intentionally grown near fish pens, it can help address some of the problems associated with the aquaculture industry. Seaweed cultivation looks promising, although scale is necessary to make it a profitable business. Seaweed cultivation is a good complement to salmon farming as it utilizes a large part of the nitrogen released by the salmon farms. It also captures CO2.

At the core of the bioeconomy thinking is the necessity to transcend sectors and build bridges between stakeholders that would traditionally be very far from each other. Marine biomaterials will break out only if the sector can engage significant (and market-visible) efforts to build those bridges with trend setters. We need to create Blue Fashion development projects across the world in emerging ocean economies where there is an increased attention towards the possibilities of creating more value from the marine biomass. It will draw attention to new ways of using a variety of marine resources, and the exciting potential there is to turn otherwise discarded bi-produce and under-utilized resources into valuable quality products for the fashion industry through new and innovative production methods. The key challenge resides in creating large-scale demand and global awareness as knowledge about the qualities and benefits of marine materials in the fashion industry is limited, both among consumers in the wider public and large fashion brands.

Aneel Salman, a Fulbright Scholar, holds a PhD in Economics from Rensselaer Polytechnic Institute in Troy, New York. His current areas of research include public policy, institutional governance, climate change and the Pak Afghan security nexus. He (more...)
Related Topic(s): AWARENESS; AWARENESS; Economic; Economy; Environment; Fashion; Fashion Stylist; Scarcity; Sustainability; Sustainable; (more...) Thinking, Add Tags  (less...)
Add to My Group(s)
Go To Commenting
The views expressed herein are the sole responsibility of the author and do not necessarily reflect those of this website or its editors.

Covid-19: Through A Behavioral Economist's Eyes

Do we need Chicago Boys?