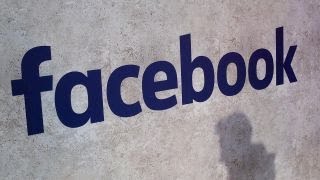 Can Facebook win back the trust of its users?
(Image by YouTube, Channel: Fox Business)   Details   DMCA

Don't hesitate. These persons are a danger to the community. Facebook should ban them immediately, before their dangerous word-viruses infect the brains of a billion users.

Outrageous. Ban him. Everyone knows unpleasant facts and competitive values make people feel unsafe. These are micro-aggressions, and anyone who supports them should have his Facebook page taken down.

"We are in the same tent as the clowns and the freaks -- that's show business." (Edward R. Murrow, CBS news anchor)

Ban Murrow. He is attacking his own profession and making a mockery of it. By extension, he can be seen to prefer some other kind of news. Who knows what that is? Mainstream news is real news. Other news is fake.

"Liberty cannot be preserved without a general knowledge among the people, who have a right...to that most dreaded and envied kind of knowledge, I mean, of the characters and conduct of their rulers. Rulers are no more than attorneys, agents, and trustees, of the people; and if the cause, the interest, and trust, is insidiously betrayed, or wantonly trifled away, the people have a right to revoke the authority that they themselves have deputed, and to constitute other and better agents, attorneys and trustees." (John Adams, 1765)

Adams is proposing nothing less than the right of the people to remove their rulers. In some cases, this would be useful, but as a general proposition, it is incendiary. His statements would trigger many people. Adams is committing hate speech. Ban him.

"The moment we no longer have a free press, anything can happen. What makes it possible for a totalitarian or any other dictatorship to rule is that people are not informed; how can you have an opinion if you are not informed? If everybody always lies to you, the consequence is not that you believe the lies, but rather that nobody believes anything any longer. This is because lies, by their very nature, have to be changed, and a lying government has constantly to rewrite its own history. On the receiving end you get not only one lie -- a lie which you could go on for the rest of your days -- but you get a great number of lies, depending on how the political wind blows. And a people that no longer can believe anything cannot make up its mind. It is deprived not only of its capacity to act but also of its capacity to think and to judge. And with such a people you can then do what you please." (Hannah Arendt, 1974)

She is implying that the mainstream press is lying to the people. This is forbidden. Establishment news is our only source of vetted truth. Everything else must be filtered by fact checkers. Take down her Facebook account. Ban her.

"At any given moment there is an orthodoxy, a body of ideas which it is assumed that all right-thinking people will accept without question. It is not exactly forbidden to say this, that or the other, but it is 'not done' to say it, just as in mid-Victorian times it was 'not done' to mention trousers in the presence of a lady. Anyone who challenges the prevailing orthodoxy finds himself silenced with surprising effectiveness. A genuinely unfashionable opinion is almost never given a fair hearing, either in the popular press or in the highbrow periodicals. (George Orwell, 1972)

We know all about Orwell. He champions the idea that mainstream authority, and the press, are perverting truth on an ongoing basis. He might well represent independent media. He needs psychiatric treatment. Ban him.

This is a borderline case. We're not sure where Wilde stands on the issue of private property. Is he completely against it? If so, leave his Facebook account alone. We're submitting this quote to the fact checkers.

Related Topic(s): Facebook; Facebook And American Politics; Mark Zuckerberg, Add Tags
Add to My Group(s)
Go To Commenting
The views expressed herein are the sole responsibility of the author and do not necessarily reflect those of this website or its editors.