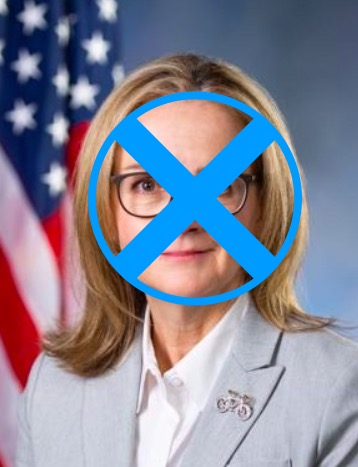 I'm voting no for Rep Dean: not progressive, no guts, no help for a constituent journalist facing FBI retaliation for his work.
(Image by ThisCantBeHappening.net)   Details   DMCA

I voted enthusiastically two years ago for Democrat Madeleine Dean to represent the newly un-gerrymandered Congressional district in which I live here in Pennsylvania. An attorney who moved into politics and was a representative in the Pennsylvania House at the time she ran for Congress in 2018, Dean sold herself as a new progressive voice in Congress who would far better represent the voters of suburban Montgomery County, PA.

My prior representative in what had been a ludicrously-gerrymandered district, was Pat Meehan, a law-and-order Republican and former prosecutor who resigned in a sexual harassment scandal involving a top female aide.

I had high hopes for Dean as my Congresswoman, but sadly have learned personally that she lacks the kind of courage and fire that a real progressive must have.

A year ago last spring I took two round-trip flights to Europe, one in March with my wife and one in late May with my son, first to Vienna later to London. On both of those trips, on the way home while changing planes at Heathrow in the first case and while preparing to fly home from London on the second, I (but not my travel companion) was ordered to undergo a special security check by British security officials that involved having my person and my carry-on luggage and electronic equipment gone over for explosives. Both times it was explained I was on "your government's Terrorism Watch List." For a detailed account of those experiences, here's a piece from the Nation magazine I wrote detailing what happened and explaining the lists, which are actually maintained by the FBI but and used Homeland Security's TSA officials, other nation's security agencies and US law enforcement agencies.

After enduring these searches, and learning conclusively from British security officials that I, a veteran award-winning journalist with no criminal record, was on one of the FBI's three Terrorism Watch lists, I contacted my new "progressive" congresswoman, Rep. Dean. I did this not just because she supposedly represents me, but because she sits on the House Judiciary Committee which has oversight of the FBI. I called both her constituent services office and her press person.

As a constituent, what I wanted was for Rep. Dean to look into why a journalist in her district with a national reputation was being labeled a terrorist by the FBI, and to see if she could assist in getting my name removed from that dangerous list of a million names.

As a journalist, I wanted to interview Rep. Dean for my Nation article.

To my astonishment, all I got from constituent services was advice to file a complaint myself with the Homeland Security Department.

As for my journalistic request, I was told Rep. Dean would not be available for an interview and that she would offer no comment"

For the rest of this article by DAVE LINDORFF, a 2019 winner of an 'Izzy' Award for Outstanding Independent Journalism from the Park Center for Independent Media in Ithaca, in ThisCantBeHappening!, the uncompromised, collectively run, six-time Project Censored Award-winning online alternative news site, please go to: https://thiscantbehappening.net/rep-madeline-dean-wont-get-my-vote-for-re-election/

Related Topic(s): Fake Progressives; False Accusations Of Terrorism; Madeleine Dean, Add Tags
Add to My Group(s)
Go To Commenting
The views expressed herein are the sole responsibility of the author and do not necessarily reflect those of this website or its editors.