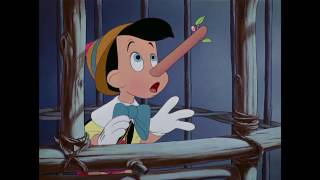 I see that Glenn Kessler, the Washington Post fact checker, is being pretty liberal in dishing out the Pinocchios over Democrats' claim that a study from a right-wing think tank found that a Medicare-for-all system would save $2 trillion over the course of the decade.

Kessler's main complaints are that these savings assume that providers accept a 40 percent reduction in payments and that Democrats' have ignored the study's projection that Medicare-for-all would add $32.6 trillion to the federal budget over the decade. For these omissions Kessler awarded three Pinnochios. This seems excessive to me.

First, Kessler argues that a 40 percent reduction in payments to providers is unrealistic. This is true based on the historic balance of power in these debates where doctors hospitals, drug companies, and medical equipment suppliers all have very powerful lobbies. But if there was a committed majority in Congress for providing universal Medicare, it is possible that these lobbies could be defeated.

In this context it would be helpful to point out that providers in other wealthy countries do get 40 percent, and sometimes even 50 percent or 60 percent less than providers in the United States. There is little doubt that providers would scream bloody murder over the prospects of large pay cuts, but what would be their option if there was the political will, would doctors change careers and become shoe salespeople?

Kessler is of course right that the study projected a large increase in government spending under Medicare-for-all, and that was its main point. This does raise important political problems, but the biggest chunk of this increase comes from replacing employer payments for insurance with government payments. Would people really be that upset if the money that their employer sent to an insurance company was instead sent to the government to pay for health care?

It seems to me that the prospect of saving $2 trillion over a decade (roughly $15,000 per household) might be worth having more money go through the government. That is of course unless one has an ideological distaste for government or wants to see insurers, drug companies, doctors, and equipment suppliers have more money.

As an economist and certified numbers geek, I can sympathize with Kessler's complaint that the Democrats aren't giving the full story. But is this really a three Pinocchio offense when we have many leading politicians, like the president, who literally just make things up and just deny well-established facts?

Dr. Dean Baker is a macroeconomist and Co-Director of the Center for Economic and Policy Research in Washington, D.C. He previously worked as a senior economist at the Economic Policy Institute and an assistant professor at Bucknell University. (more...)
Related Topic(s): Government; Medicare For All; Payments, Add Tags
Add to My Group(s)
Go To Commenting
The views expressed herein are the sole responsibility of the author and do not necessarily reflect those of this website or its editors.