I am starting off the week of my birthday soaking in a hot tub under a crisp sky in the mountains of Washington State. As the jets turn off I am struck by the complete silence that envelops me. Then I begin to hear nature's soundtrack; the breeze blowing through the trees, the song of birds, other noises that I cannot even identify. The only man-made sound I hear is that of an airplane flying high above me and I wonder about the last time I heard an airplane flying that high in Los Angeles. Last night we actually saw a field of stars. 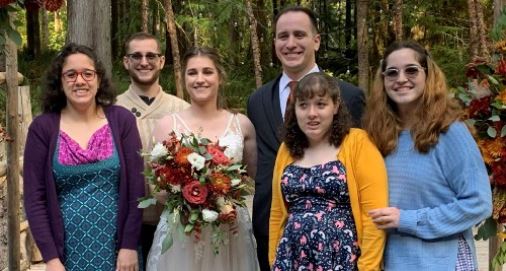 Later tonight all five of my kids will be together for the first time in years. Four of them have flown up here to be with their oldest sister as she gets married in her adopted home in the Northwest. As we have driven around the area, I cannot imagine a more beautiful place for her to start a new chapter in her life. I am looking forward to welcoming her fiance into the family.

The combination of this milestone, my upcoming birthday, and being far removed from the hustle and bustle of the city has left me in a reflective mood. Seeing my daughter after a couple of years is a great reminder that the distance between, both physical and the ones we have imposed on each other, cannot break the bonds that were forged during her childhood. My pride is also stoked by seeing the strong and independent young woman that she has become.

There is also a part of me who grieves those who will not be sharing the experience. As I look in the mirror, I am reminded that the red that used to tinge my beard went gray the week my dad died. I remember the day of my first wedding and how proud he looks in the pictures of that day. I will miss the fact that I will not see that same look on his face as he watches his first grandchild enter this new phase of her life.

Being away from home has also reminded me of the small things that we take for granted in our everyday lives. At home, I am greeted by our pack of three dogs who eagerly jockey for attention. Even if I had only been gone for a quick trip to the store, they are excited to see me. Last night we returned home to our rented house to complete silence and calm. I actually missed the chaos.

My wife's increasing physical limitations have reared their head during this trip as if to remind me that the challenges will increase as time goes by. Her reduced stability has caused one fall that, thankfully, did not result in any major injuries, but could easily have ended our trip. The thought of going for a romantic walk was quickly dashed with the realization that it was not physically possible. Still, I (sometimes literally) pushed on, determined to do all that we could. When it just was not possible, we forged a new path. Life does not always go as planned, so you make a course correction and travel on. 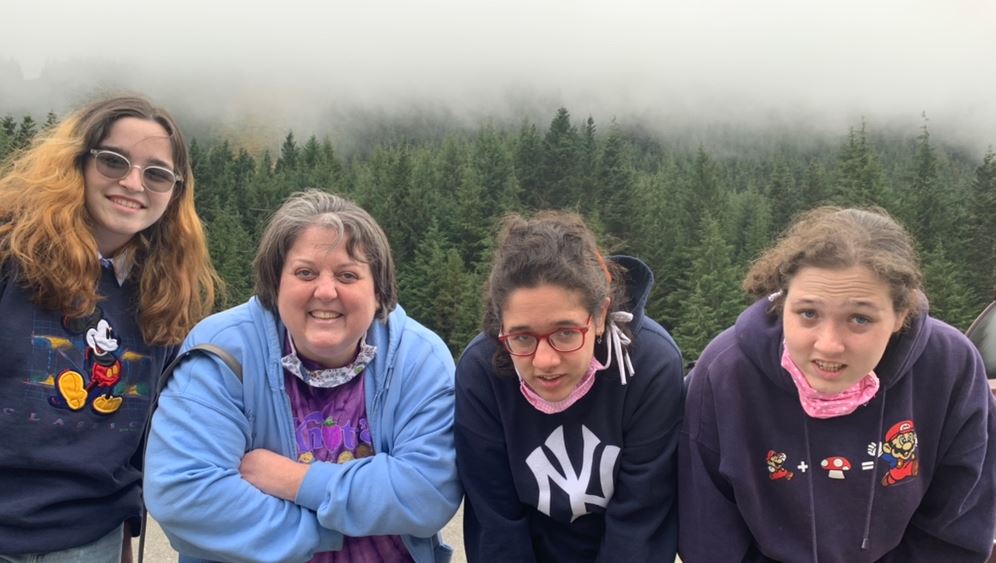 My wife and the triplets
(Image by Carl J. Petersen)   Details   DMCA

Driving through the backroads surrounding Mount Rainier, John Mellencamp came on the radio. I was approaching 16 when the song Jack and Diane was released and the song is one of the ones that can instantly bring me back to that time in my life.

Mellencamp's "little diddy" was a warning to adolescents everywhere to hold on to the dreams of youth and that the excitement of looking into the future is something that should not be lost. The key to surviving the changes that would make us women and men was to not lose touch with the hope that creates thrill in that time in our lives.

How have I done at holding on to 16 as I approach my 54th birthday? There is no doubt that the man is on a different path than the boy facing a wide-open future. 39 (or even 16) years ago these thoughts would have been presented in a song lyric instead of an essay. My Diane and I did not last through college, though we remained friends until the Trump years created a rift that ended the relationship. It has been many months since I picked up the drumsticks that were ever-present in my adolescence and a huge part of my identity through most of my life. 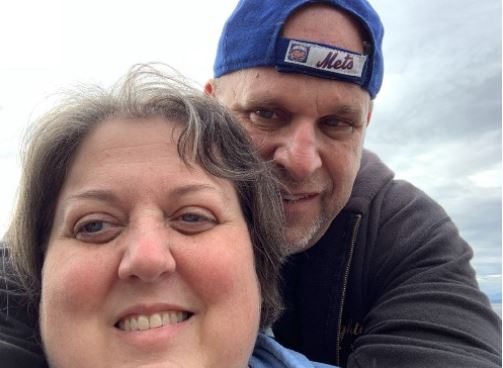 My wife and I under the Washington sky
(Image by Carl J. Petersen)   Details   DMCA

What has not changed is the excitement of looking forward to what is to come. The view may not be the same as it was in my youth, but the horizon remains just out of reach. The thrill of living is definitely not gone.

In her toast, my daughter's new sister-in-law talked about her brother's goofiness and a fear that she used to have that this would be lost when he settled down. When she saw how much my daughter appreciated that side of him, his sister knew that they were a great couple. Having an ex-wife who always encouraged my dreams and a current one who has been an eager partner in building a path forward almost from the minute we met, I knew exactly what my new son-in-law's sister was talking about. The face that looks back at me each morning has changed a lot over the years, but the child inside remains.

Related Topic(s): Life-Home-Family, Add Tags
Add to My Group(s)
Go To Commenting
The views expressed herein are the sole responsibility of the author and do not necessarily reflect those of this website or its editors.