Moreover, Russia used Facebook ads to help Trump win Michigan and Wisconsin, and to exploit our racial and religious divides.

One might assume going forward Facebook would prevent its format from being used to disseminate such lies and political propaganda.

However, the contrary is the case.

Last week Facebook quietly changed its advertising policies to make it easier for politicians to use the popular social-media site to promulgate blatant lies.

And the Trump campaign wasted no time doing just that. 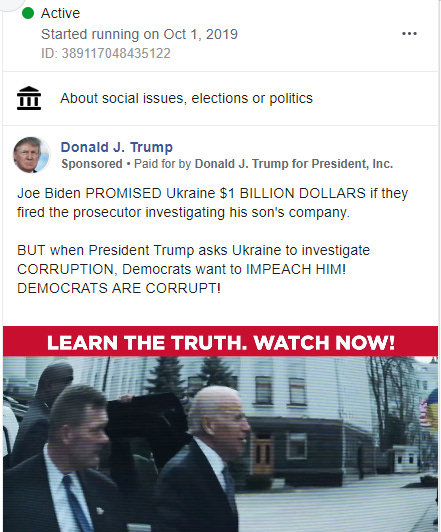 Under Facebook's new rules, there are now 32 "Prohibited Content" categories.

"Facebook prohibits ads that include claims debunked by third-party fact checkers or, in certain circumstances, claims debunked by organizations with particular expertise. Advertisers that repeatedly post information deemed to be false may have restrictions placed on their ability to advertise on Facebook. Find out more about Fact Checking on Facebook here.

Related Topic(s): Advertising; Bias; Facebook; Facebook And American Politics; Internet; Internet; Media; Misinformation; Policies; Propaganda; (more...) Trump, Add Tags  (less...)
Add to My Group(s)
Go To Commenting
The views expressed herein are the sole responsibility of the author and do not necessarily reflect those of this website or its editors.