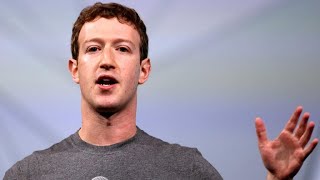 IN SEPTEMBER OF LAST YEAR, we noted that Facebook representatives were meeting with the Israeli Government to determine which Facebook accounts of Palestinians should be deleted on the ground that they constitute "incitement." The meetings -- called for and presided over by one of the most extremist and authoritarian Israeli officials, its pro-settlement Justice Minister Ayelet Shaked -- came after Israel threatened Facebook that its failure to voluntarily comply with Israeli deletion orders would result in the enactment of laws requiring Facebook to do so, upon pain of being severely fined or even blocked in the country.

The predictable results of those meetings are now clear and well-documented. Ever since, Facebook has been on a censorship rampage against Palestinian activists who protest the decades-long, illegal Israeli occupation, all directed and determined by Israeli officials. Indeed, Israeli officials have been publicly boasting about how obedient Facebook is when it comes to Israeli censorship orders:

"Shortly after news broke earlier this month of the agreement between the Israeli government and Facebook, Israeli Justice Minister Ayelet Shaked said Tel Aviv had submitted 158 requests to the social media giant over the previous four months asking it to remove content it deemed 'incitement.' She said Facebook had granted 95 percent of the requests."

She's right. The submission to Israeli dictates is hard to overstate: as the New York Times put it in December of last year: "Israeli security agencies monitor Facebook and send the company posts they consider incitement. Facebook has responded by removing most of them."

What makes this censorship particularly consequential is that "96 percent of Palestinians said their primary use of Facebook was for following news." That means that Israeli officials have virtually unfettered control over a key communications forum of Palestinians.

In the weeks following those Facebook/Israel meetings, reported The Independent, "the activist collective Palestinian Information Centre reported that at least 10 of their administrators' accounts for their Arabic and English Facebook pages -- followed by more than two million people -- have been suspended, seven of them permanently, which they say is a result of new measures put in place in the wake of Facebook's meeting with Israel." Last March, Facebook briefly shut down the Facebook page of the political party, Fatah, followed by millions, "because of an old photo posted of former leader Yasser Arafat holding a rifle."

Related Topic(s): Censorship; Facebook; Government Bullying; Israeli Pressure On US; Palestinian, Add Tags
Add to My Group(s)
Go To Commenting
The views expressed herein are the sole responsibility of the author and do not necessarily reflect those of this website or its editors.