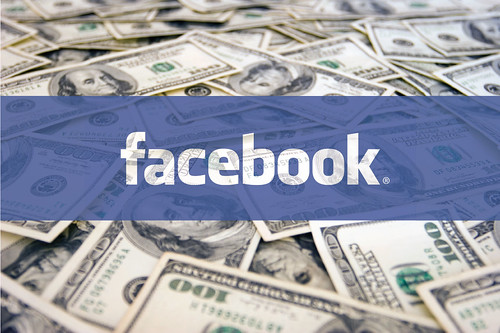 Tarbell is highlighting the government fines and penalties businesses pay when they engage in fraudulent or criminal behavior. Often, these fines are just a small part of the firms' annual revenue and don't actually serve as a deterrent. To these companies, it's just the cost of doing business.

For Facebook, a $5 billion settlement is hardly a slap on the wrist when the company was expecting more than double the penalty. The Federal Trade Commission agreed to fine the social media giant $5 billion for mishandling revelatory user data last week, which was exactly the fine that Facebook predicted in its last quarterly report.

Facebook told investors in its April report that the company estimated it would face fines between $3-5 billion for letting user data from tens of millions of people slip into the hands of Cambridge Analytica, the data firm hired by President Donald Trump's 2016 campaign. The company set aside $3 billion to cover the losses, but they won't be left in the hole: Facebook's global revenue in the first three months exceeded $15 billion, with $6.8 billion coming from the U.S. and Canada alone.

As news of the settlement spread over the weekend, Facebook stocks were still climbing, up 8.73 percent in the past month as of opening on Wednesday, according to MarketWatch . Even as the privacy scandal unfolded last year and Facebook faced as many as 14 lawsuits at the time, market observers predicted shareholders wouldn't feel much of the impact.

Facebook faced a similar-scale lawsuit in the European Union last year, facing $4.38 billion (EUR 3.9 billion) in penalties for prompting users to share personal data under the EU's General Data Protection Regulation. However, Facebook and Google managed to turn that regulation on its head and profit from it, as the policy incentivized marketers to buy direct from the biggest social media players.

Even if the company came out ahead of the FTC fines, it still faces Senate Banking Committee scrutiny over its plans to launch its own cryptocurrency Libra, which is raising alarms internationally as well.

Tarbell is pioneering journalism that informs, galvanizes and changes America.

We take a unique approach to coverage of money in policy, not just politics. We uncover how powerful people and companies use their influence to shape a system that works for them, not you. We

Related Topic(s): Facebook; Facebook And American Politics, Add Tags
Add to My Group(s)
Go To Commenting
The views expressed herein are the sole responsibility of the author and do not necessarily reflect those of this website or its editors.

Facebook Prepared For FTC Penalties, And Came Out Ahead