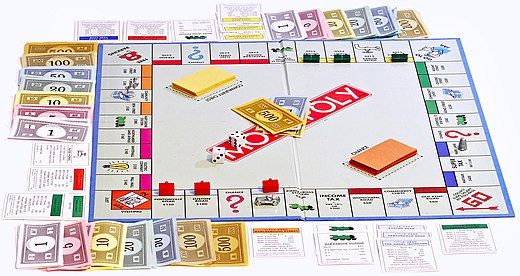 Facebook co-founder Chris Hughes, adding his voice to calls to "break up" the social media giant, calls it a "powerful monopoly, eclipsing all of its rivals and erasing competition." In recent years, we've seen similar claims, and heard demands for similar remedies, aimed at Google, Amazon, and other large companies.

Are these claims true? Are the large "dot-coms" monopolies in any real sense? The short answer is no. Using the "m-word" is a way of avoiding the necessity of making a sound argument for a desired policy outcome.

Whether that avoidance strategy is due to laziness, or to not having a sound argument to make, or some other reason, falls outside the scope of a short op-ed column. But the first step in forcing better arguments is quashing bad ones, so let's look at what "monopoly" actually means.

According to Oxford Living Dictionaries a "monopoly," as the term is used by the Facebook-breaker-uppers, is "[a] company or group having exclusive control over a commodity or service."

What commodity or service is Facebook a "monopoly" in?

Certainly not social media. You've probably heard of Twitter. You may have also heard of Diaspora, Minds, MeWe, Mastodon, Gab, and a number of other companies, sites, and apps offering the ability to post updates to friends and followers and discuss those updates.

Advertising? Not even close. Does the name Google ring any bells? How about Microsoft? There are plenty of smaller web advertising networks you probably haven't heard of as well.

Then there's messaging and chat. Yes, Facebook owns Messenger and WhatsApp. But it doesn't own Discord or Slack or Signal or Skype or Telegram or any of hundreds of other messaging/chat apps.

Facebook has lots of users. Facebook makes lots of money. But Facebook isn't a "monopoly" in any of the services it offers. It has loads of competitors, many of them doing quite well, and its users and customers have the option of using those competitors instead of, or in addition to, Facebook any time they like.

More importantly, Facebook has no ability to prevent new competitors from entering the markets it serves. And therein lies a political paradox.

While so far resisting the "breakup" talk, Facebook and its CEO, Mark Zuckerberg, have recently become increasingly receptive to government regulation.

Why? Because Facebook is big enough and rich enough to cheerfully comply with whatever regulations its detractors can come up with, and to hire armies of lobbyists to "capture" and shape that regulation. It can probably even survive and profit from a supposed "breaking up."

Your brother-in-law's basement social media or advertising or messaging start-up, on the other hand, probably isn't well-financed enough to navigate a substantial federal regulatory regime or to successfully fight for its life if the regulators come down on its head even once.

But if the people incorrectly calling it a monopoly get their way, they'll have taken the first giant step toward making it into one.

Related Topic(s): Facebook; Monopoly, Add Tags
Add to My Group(s)
Go To Commenting
The views expressed herein are the sole responsibility of the author and do not necessarily reflect those of this website or its editors.