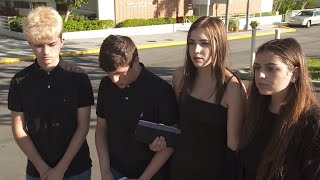 Full disclosure: I am a gun owner and I have been for 35 years. I do not however own an assault rifle and never have.

Like most American gun owners, I allowed myself to shoot paper -- paper targets, specifically. I went for years on a fairly regular basis to my local (police-run) shooting range and honed my marksmanship on paper targets.

In December 2012, I was busy publishing RSN and had little time for any activities that diverted my time and attention from my work, when the news of the Sandy Hook shooting exploded.

To this day, most Americans cannot even begin to imagine the horror of what occurred in those classrooms to those children and the teachers who gave their lives to defend them.

I was angry that the photos of the dead children would not be released. The Connecticut State Legislature passed a law specifically to prevent the release of the images. Ostensibly it was to shield the families of the murdered children from further pain and suffering. That was a lie.

The suffering of the families of these children will never, ever end, and if they were really asked if they wanted the country to know what was done to their children, most of them would likely say, "Yes, the world should know ... the world must see this." Just like the mother of Emmett Till.

I always saw the decision to hide the Sandy Hook photos as a cynical mechanism concocted by lawmakers to shield the NRA and the politicians who enable them. In fact the NRA should fear the day those images are released.

To the point, I call for the release of all the Sandy Hook photos that the family members of the murdered children are willing to authorize. They must be asked directly. That lie must end. Let the State of Connecticut stand in direct opposition to the families of the slain children.

After Sandy Hook, I never fired another shot. In the beginning I wrote it off as being too busy or not living in an area where it was convenient. But time passed and then more time, and I came to understand that it was something deeper.

The photos of the murdered children at Sandy Hook have never been released, but I can see them. I always could. I couldn't bring myself to go back and pick up a firearm again. I can't.

My heroes are the young people who survived the shooting at Marjory Stoneman Douglas High School in Parkland, Florida, and all the students across the country who are mobilizing in solidarity with their brave struggle. They are young and strong -- that gives them a chance to effect change. We must stand with them.

Oh yeah, this piece was supposed to be about Wayne LaPierre: Step over him.

Related Topic(s): NRA; School; Shooting; Students; Wayne Lapierre, Add Tags
Add to My Group(s)
Go To Commenting
The views expressed herein are the sole responsibility of the author and do not necessarily reflect those of this website or its editors.