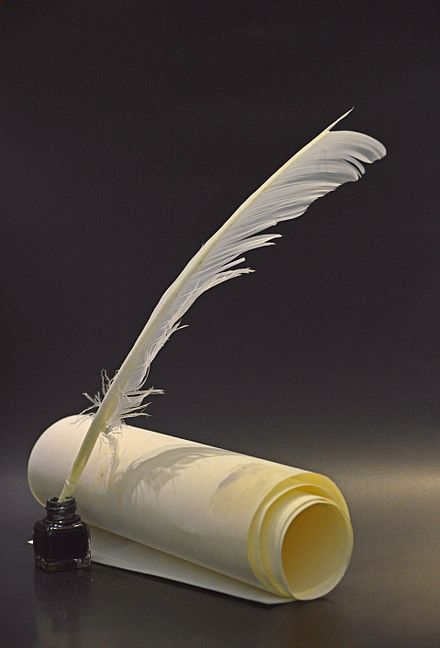 The pandemic put our state Book Festival in limbo, and a pang of loss is felt among lovers of writing. A newspaper columnist asked readers to remember special books that affected their lives. All this prodded me to ponder the amazing power of language, the ability of words to touch souls and stir people.

We live in a colossal ocean of verbiage, with about 1 million new books published yearly in America (400,000 of them self-published), plus a bigger deluge of words from newspapers, magazines, the Internet, etc. The whole planet buzzes with gushing language.

Amid this never-stopping avalanche, a few special, exquisite, heart-gripping tales have locked into my psyche over the years, remaining there permanently. While others mull over their personal treasuries of favorite writing, here are my gems, mostly short stories, with some novels:

| "The Last Leaf" by O. Henry -- Before the advent of antibiotics, a little girl in a grimy tenement sinks in the grip of pneumonia. In late autumn, she lies by a window and watches leaves falling from a tree in a courtyard. An old artist from upstairs notices her intent focus on the disappearing leaves. Late at night, he paints a leaf on a stone wall behind the tree. The girl sees it stubbornly in place, after all others are gone. The more it refuses to fall, the more she grows determined to fight to hang onto life.

| "The Garden Party" by Katherine Mansfield -- A prosperous family prepares for a lavish gala for affluent friends, when word arrives that a poor neighbor laborer was killed in a cart accident. The rich family's teen-age daughter is horrified and wants to cancel the party, but her family discretely reminds her that working-class folk are below the prosperous set, and really don't merit such concern. After the party, the teen takes leftover food to the shanty of the grieving neighbors, but feels awkwardly out of place.

| "The Death of Ivan Ilyich" by Leo Tolstoy -- A social-climbing magistrate finagles for more prestigious posts, unaware that unstoppable illness dooms him. In his final hour, he realizes that his life has been a shallow, self-absorbed sham.

| "A Clean, Well-Lighted Place" by Ernest Hemingway -- In a late-night cafe', the only customer is a deaf old man, drinking brandy alone. A young waiter, eager to hurry home to his wife in bed, is impatient to close -- but the aging bartender, who has nobody, knows why the lonely old man needs a bright place to occupy the night hours. Both the barman and the drinker understand the nothingness that engulfs their lives. The bartender prays sardonically: "Our nada, who art in nada, nada be thy name."

| "Love of Seven Dolls" by Paul Gallico -- A hopeless young woman heads for a bridge to jump, but puppets in a street carnival booth call out to her. She talks with the puppets, first cautiously, then earnestly. Crowds watch their charming dialogue. The cruel, sneering puppetmaster lets her stay in his quarters, to become part of the daily show. But he abuses her sexually, showing no affection. Eventually, it becomes clear that the kind, caring puppets are a disguise through which the puppetmaster reveals his hidden inner self.

| "The Little Prince" by Antoine de Saint-Exupery -- A fairy tale about an aviator crashed in the desert, who meets a curly-haired boy who arrived from an asteroid. The small prince wisely observes the folly of much human endeavor. The boy tames a desert fox who says: "One sees clearly only with the heart. What is essential is invisible to the eye."

| "The Gift of the Magi," by O. Henry -- As Christmas approaches, a struggling young couple can't afford gifts for each other. Their most prized possessions are her silky hair that flows almost to her knees, and his grandfather's ornate gold watch. Secretly, she sells her hair to buy a platinum fob for his watch -- and secretly, he sells the watch to buy elegant combs for her hair. They wind up with useless gifts -- but awareness of how much each cares for the other.

| "One is a Wanderer" by James Thurber -- A lonely single man roams among married friends, surrounded by people but always isolated and adrift.

| "The Catcher in the Rye" by J.D. Salinger -- I think Salinger was the most gifted writer of my lifetime. This classic monologue from an alienated adolescent is a masterpiece looking at bogus values of adult life. It has sold 65 million copies.

| "The Prophet" by Khalil Gibran -- As a wise man prepares to leave his country, flocking followers ask for guidance, and he gives profound answers with insights into ultimate questions of life.

| "The Monkey's Paw" by W.W. Jacobs -- This magic tale teaches: Beware what you ask for. An aging couple, living with their son, are visited by an old soldier returning from India. He has a mummified monkey's paw that can grant three wishes. The wife wishes for enough money to pay off their mortgage. The next day, their son doesn't return from his factory job -- but a factory manager comes to inform them that the son was killed by a machine. The factory pays compensation -- which happens to be the amount of their mortgage debt. The hysterical mother grabs the paw and wishes for her son's return. Knocking is heard at the door. But her husband realizes that the treacherous paw will bring a mangled mutilation victim. He wishes the son gone, and the knocking ceases.

Related Topic(s): Gifts; Internet; Media; Memory; Personal; SOUL; Writing, Add Tags
Add to My Group(s)
Go To Commenting
The views expressed herein are the sole responsibility of the author and do not necessarily reflect those of this website or its editors.