"It makes me very angry. It's wrong, it's unethical. As our community has gone through this pandemic, it's been our community that's been the hardest hit, so it makes me angry that some folks can jump the line."
- LAUSD parent Jazmin Garcia

In its latest guidelines on how to return students to school, the Centers for Disease Control and Prevention states that teachers should be vaccinated as quickly as possible. LAUSD's Superintendent Austin Beutner has called vaccines "a critical piece to this reopening puzzle." UTLA's President, Cecily Myart-Cruz, says that "the path to a safer reopening must include...vaccines for all educators and school staff." Yet, it will "be two to three weeks and perhaps longer before teachers and other essential workers in their tier of eligibility could begin to make appointments for immunizations."

The Wesley School also believes "that vaccinating educators is critical to returning students to in-person learning." This private school, where the tuition is up to $32,020 per year, jumped at the chance when Northridge Hospital Medical Center offered "all Wesley employees" the opportunity to bypass the county's current vaccine-eligibility guidelines, "which currently limit inoculations to health care workers, staff and residents at long-term care facilities and people 65 and older." The fact that the school described this as a "special program" in a letter to parents seems to indicate that they knew that offering the vaccines was counter to established public policy. 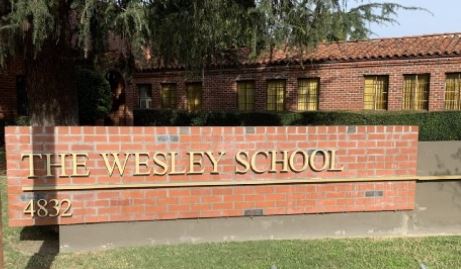 To be clear, this was not a program to ensure that expiring vaccines were used before they went to waste. The list was created in January giving the hospital time to find candidates for inoculation who actually met the current criteria.

Wesley is 13.6 miles from the Northridge hospital, so it was initially unclear how staff members from a small school with only 324 students were targeted to jump the line. Even if teachers were on the priority list, there were undoubtedly daycare centers and schools located closer in proximity to the hospital. Could it be because someone with authority had a relationship with the private school? KCBS first reported a "hospital exec [was] linked to private school where staff was vaccinated". The Los Angeles Times later stated that "the parents at [the Wesley School] include the Northridge medical center's chief financial officer, Doug Brown."

The LAUSD was also offered access to Northridge Hospital's vaccines but turned them down after verifying with health officials that they were not eligible. The district told KCBS that "the County confirmed that currently vaccines are only available for healthcare workers and those over 65 and thanked us for following proper procedures."

This is not the only example of a private school flaunting the rules during the COVID-19 crisis. While schools were supposed to be shut down under county health orders last September, students were caught streaming onto the Heritage Christian School campus in Granada Hills. Children were also observed leaving the athletic field of this school's southern campus without following social-distancing guidelines.

"Black and Hispanic Americans are twice as likely to test positive for COVID-19 as white Americans." The economic consequences of the pandemic have also "hit lower-income Americans the hardest." These are the same groups who have suffered the most difficulties as schools were forced to transition to distance learning. Yet it is students in pricey private schools who are being given advantages because the institutions they attend are allowed to ignore the rules.

Related Topic(s): Income Inequality, Add Tags
Add to My Group(s)
Go To Commenting
The views expressed herein are the sole responsibility of the author and do not necessarily reflect those of this website or its editors.