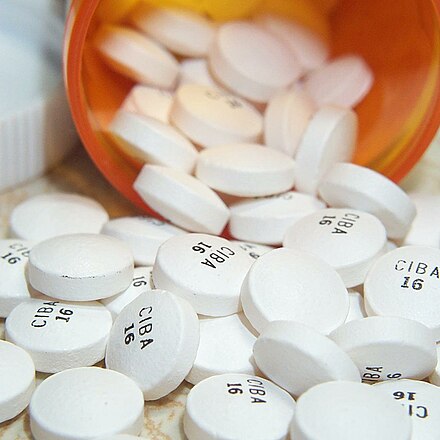 On July 24, US president Donald Trump signed four executive orders with an eye toward altering the way prescription drugs are priced and purchased in the United States.

Three of the four orders embody good ideas that accord with the goals of think tanks supposedly supporting "free-market policy solutions" to America's healthcare problems.

Sally Pipes, president of one such think tank (the Pacific Research Institute), writes in opposition to those three orders, and in support of the fourth, anti-free-market, at Fox News. Her opposition says more about PRI's supposed support for free markets than about the quality of Trump's orders. Let's look at how these four measures stack up against a free-market approach.

The first order requires federally funded community health centers to "pass the giant discounts they receive from drug companies on insulin and EpiPens directly to their patients."

These clinics advertise affordable, sliding payment scales for low-income patients. Trump's leveraging their federal funding to stop them from price-gouging patients. Even if we disagree over whether government should be funding healthcare at all, we should agree that taxpayer funding shouldn't go toward picking the pockets of the poor.

The second order will "allow the safe and legal importation of prescription drugs from Canada and other countries where the price for the identical drug is incredibly lower."

Trump usually opposes free trade, but this is a step in that direction, and it's the RIGHT direction. The US government shouldn't artificially jack up drug prices by restraining trade across borders.

The third order -- which Pipes opposes -- eliminates market incentives for pharmacy benefit managers who negotiate drug prices between insurer and pharmaceutical companies. Trump, decrying them as parasitical "middlemen," hath decreed that they may not accept "rebates" from drug companies for successfully negotiating deals.

Yes, these "rebates" can create situations in which consumers ultimately pay more for drugs. They incentivize benefit managers to negotiate bigger paychecks for themselves instead of lower prices for patients. But that's an issue for market actors -- pharmaceutical companies, insurers, pharmacies, and consumers -- not government, to tussle over.

The fourth order brings us back to the same territory as the first: Taxpayer money versus drug pricing. It would require Medicare, the US government's healthcare program for senior citizens, to negotiate drug prices based on an "International Pricing Index" reflecting prices in other developed nations.

Trump is delaying implementation of that order pending a counter-proposal from the industry, but it should be a slam-dunk. Medicare, whether one supports its existence or not, is effectively the biggest prescription drug purchasing network in the world. That market power should get its members the lowest, not the highest, prices.

Healthcare would be cheaper, better, and more accessible if government got its nose out of the matter entirely -- but failing that, three of these four orders make good sense. They're also a great litmus test. They tell us who really supports freer markets in healthcare and who just pays lip service to the notion while advocating crony capitalism in service to Big Pharma.

Related Topic(s): Drugs Prescription; Healthcare; Medicare; Trump, Add Tags
Add to My Group(s)
Go To Commenting
The views expressed herein are the sole responsibility of the author and do not necessarily reflect those of this website or its editors.