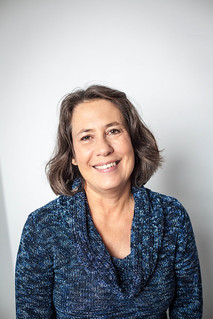 Sheila Bair, Ex-head of the FDIC. Now President of Washington College and in a spat with the local town council over the payment of property taxes
(Image by poptech)   Details   DMCA

Former head of the FDIC, Sheila Bair, who was once ranked by Forbes as the 15th most powerful woman in the world, is pleading poverty in a spat over paying property taxes in her new job as President of Washington College, Chestertown, on the eastern shore of Maryland. However, in addition to fairness, equity, and economic sustainability, such a PILOT agreement would help to address two other inefficiencies in the local economy. Firstly, reduce the incentive for the college to have a relatively high ratio of capital and land to labor, and secondly, the propensity for the college to own property instead of leasing from local businesses & residents, which has traditionally restricted the traditional trickle-down economic benefits of a local college to the wider community.

Washington College is being gently led kicking and screaming by the ever-so-polite courtship of the local Town Council, who want the private university with a budget of about $64 million and annual fees of $54,000 per undergraduate to start paying a share towards the provision of public services.

The recent economic downturn in the USA has focused interest across municipalities, especially small college towns like Chestertown, in the PILOT (payment in lieu of taxes) concept. Municipalities that are home to higher educational institutions, such as Washington College, are increasingly being squeezed as they have to fund a wide range of public services without the property-tax revenue that such tax-exempt organizations are able to avoid.

The college is able to take free advantage year round of a very wide range of public services for which it generally doesn't directly contribute in a financially transparent, equitable, or accountable way.

The college has made small donations towards the cost of the local fire department but this is actually a remarkably cheap expense to protect itself from a major catastrophe and the institution makes little or no contribution towards the many other public services that it currently freely takes advantage of; i.e., police, emergency services; water & sewerage infrastructure, waste-management services, roads & footpaths, street lighting, street cleaning, snow removal, community development, planning services, parks & recreation, public works & administration. Not forgetting any debt burdens incurred in the management of these same activities.

Washington College currently owns $70 million of tax-exempt property in the town (nearly half of of the total). This share is actually increasing yearly as the college buys up more properties within the town, thereby reducing even further the town's potential income from property taxes.

Not only are Chestertown tax-payers subsidizing the college's share of public services, they are also underwriting the $65.5 million revenue bond (Washington College Project 2008A), which was issued in May 2008.

Without the legal artifice provided by the Maryland Economic Development Revenue Bond Act and the good offices of the Municipality (i.e., the local tax-payers), the college would simply not be able to borrow sufficient funds at very low interests rates in order to exist, never mind expand. In effect, the town has facilitated the very expansion of the college that helps to erode the local property tax base.

Although 'the bond & interest are the obligation of the Town payable solely from the receipts & revenues from the loan made to Washington College', it does not change the fact that these huge figures remain every year on the 'Long-term Debt' page of Chestertown's 'Notes to the Financial Statement'. Claims by legal advisers and bonding agents that any potential default by the college would have no consequences for the tax-payer are somewhat economical with the truth and are unsubstantiated. No precedents actually apply and recent experiences have proved rating agencies to be highly unreliable sources for credit affirmation.

This fact should not be lost on President Bair, who in her former career was head of the FDIC, which underwrote the savings of bank depositors within the shaky financial system. The tax-payers of Chestertown now do a similar favor for the college bond issues. Bair had no trouble getting paid for such services by the FDIC but baulks at making any reimbursement to the people of Chestertown.

Chestertown has only very limited options to counter the relentless pressure on its finances. It can cut public services, raise taxes, increase user charges for local residents, increase its debt level, or have a combination of the aforementioned.

Another option is the introduction of a PILOT (payment in lieu of taxes) agreement with the college, which sees it paying an annual fee in return for the public services it currently receives for free. Such a system is currently (2012 figures only) in place in about 117 municipalities across 18 states -- mainly in the N.E. United States. Clearly this is a highly sensitive issue but one that can no longer be swept quietly under the carpet.

Ted Newcomen is a citizen-journalist - someone who is tired of the lazy 'lamestream' media circus which is obsessed with the cult of celebrity and just recycles press releases for the establishment.
Related Topic(s): College; Payment In Lieu Of Taxes; Property Taxes; Sheila Bair; Taxes; Washington College, Add Tags
Add to My Group(s)
Go To Commenting
The views expressed herein are the sole responsibility of the author and do not necessarily reflect those of this website or its editors.

US Government manipulation of the stock market?

What will revolution look like in an era when we have more power as consumers than as mere voters?

Catalyst Capital Group Inc - Not the smartest guys in the room!

Italian newspapers reveal how Berlusconi's government has been arming Gaddafi