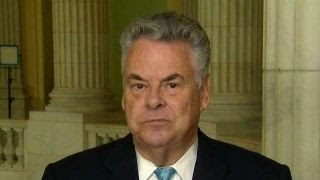 As Congress arrives back into town and the House Judiciary and Intelligence Committees prepare to question ex-Special Prosecutor Robert Mueller on July 17, partisan lines are being drawn even more sharply, as Russias-gate blossoms into Deep-State-gate. On Sunday, a top Republican legislator, Rep. Peter King (R-NY), took the gloves off in an unusually acerbic public attack on former leaders of the FBI and CIA.

King told a radio audience: "There is no doubt to me there was severe, serious abuses that were carried out in the FBI and, I believe, top levels of the CIA against the President of the United States or, at that time, presidential candidate Donald Trump," according to The Hill.

King, a senior congressman specializing in national security, twice chaired the House Homeland Security Committee and currently heads its Subcommittee on Counter-terrorism and Intelligence. He also served for several years on the House Intelligence Committee.

"There was no legal basis at all for them to begin this investigation of his campaign and the way they carried it forward, and the way information was leaked. ... All of this is going to come out. It's going to show the bias. It's going to show the baselessness of the investigation ... and I would say the same thing if this were done to Hillary Clinton or Bernie Sanders 'It's just wrong.'"

The Long Island Republican added a well-aimed swipe at what passes for the media today: "The media went along with this actually, keeping this farcical, ridiculous thought going that the President of the United States... was somehow involved in a conspiracy with Russia against his own country."

According to King, the Justice Department's review, ordered by Attorney General William Barr, would prove that former officials acted improperly. He was alluding to the investigation led by John Durham, U.S. Attorney in Connecticut. Sounds nice. But waiting for Durham to complete his investigation at a typically lawyerly pace would, I fear, be much like the experience of waiting for Mueller to finish his; that is, like waiting for Godot. What about now?

So Where is the IG Report on FISA?

That's the big one. If Horowitz is able to speak freely about what he has learned, his report could lead to indictments of former CIA Director John Brennan, former FBI Director James Comey, former FBI Deputy Director Andrew McCabe, former Deputy Attorneys General Sally Yates and Rod Rosenstein, and Dana Boente. Boente being the only signer of the relevant FISA applications still in office. (No, he has not been demoted to file clerk in the FBI library; at last report, he is FBI General Counsel!)

The DOJ inspector general's investigation, launched in March 2018, has centered on whether the FBI and DOJ filing of four FISA applications and renewals beginning in October 2016 to surveil former Trump campaign adviser Carter Page amounted to abuse of the FISA process. (Fortunately for the IG, Obama's top intelligence and law enforcement officials were so sure that Hillary Clinton would win that they did not do much to hide their tracks.)

The Washington Examiner reported last Tuesday, "The Justice Department inspector general's investigation of potential abuse of the Foreign Intelligence Surveillance Act is complete, a Republican congressman said, though a report on its findings might not be released for a month." The report continued:

"House Judiciary Committee member John Ratcliffe (R, Texas) said Monday he'd met with DOJ watchdog Michael Horowitz last week about his FISA abuse report. In a media interview, Ratcliffe said they'd discussed the timing, but not the content of his report and Horowitz 'related that his team's investigative work is complete and they're now in the process of drafting that report.' Ratcliffe said he was doubtful that Horowitz's report would be made available to the public or the Congress anytime soon. 'He [Horowitz] did relay that as much as 20% of his report is going to include classified information, so that draft report will have to undergo a classification review at the FBI and at the Department of Justice,' Ratcliffe said. 'So, while I'm hopeful that we members of Congress might see it before the August recess, I'm not too certain about that.'" 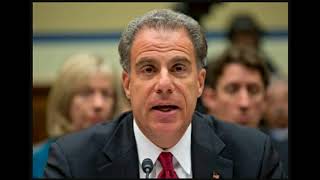 Earlier, Horowitz had predicted that his report would be ready in May or June but there may, in fact, be good reason for some delay. Fox News reported Friday that "key witnesses sought for questioning by Justice Department Inspector General Michael E. Horowitz early in his investigation into alleged government surveillance abuse have come forward at the 11th hour." According to Fox's sources, at least one witness outside the Justice Department and FBI has started cooperating -- a breakthrough that came after Durham was assigned to lead a separate investigation into the origins of the FBI's 2016 Russia case that led to Special Counsel Robert Mueller's probe.

Ray McGovern works with Tell the Word, the publishing arm of the ecumenical Church of the Saviour in inner-city Washington. He was an Army infantry/intelligence officer and then a CIA analyst for 27 years, and is now on the Steering Group of Veteran Intelligence Professionals for Sanity (VIPS). His (more...)
Related Topic(s): Bias; Conspiracy; FBI; Fireworks; Investigation; Obama; Russia-gate; Trump, Add Tags
Add to My Group(s)
Go To Commenting
The views expressed herein are the sole responsibility of the author and do not necessarily reflect those of this website or its editors.