The idea was that all life on earth, and we within it, came from a random and meaningless process of struggling to make more copies of DNA snippets. It wrought its damage on us, convincing us that all pretense to value or meaning was an unscientific illusion. Fellowship was reduced to calculation of the gain to be had in a bargain, and love became a strategy for increasing reproductive success.

A century of loneliness and depression followed Darwin's theory. All dissent from the canon was mocked with caricature of Grandfather with a white beard calling down from heaven to create the world in seven days.

Only after powerful computers allowed us to actually try out the neo-Darwinian orthodoxy in simulation did skepticism become scientifically respectable. Darwin's greatest fear about his theory was that all diversity would collapse in short order, and natural selection would grind to a halt once there was no variety from which to select. This proved to be prescient. Mendelian inheritance can't prevent the collapse of diversity in a brute contest for maximizing reproduction. Nor could the standard model explain community, or the vast scale of cooperation or the complex web of interconnectivity characteristic of ecosystems.

Most difficult of all has been the question of the origin of life. The gap between the most complex system that might arise by chance alone and the simplest system capable of reproducing itself in the oceans of a proto-Earth only gets wider the more ingeniously we try to bridge it.

And the very process of evolution didn't come for free. Most genotype-phenotype maps are not capable of evolving at a decent rate. How did evolution evolve?

Questioning the plausibility of the simplest neo-Darwiniian models became scientifically respectable, and now it is almost mainstream. Evolution's capacity for creating diversity and complexity is far more efficient than we can yet explain. Evolution creates a powerful illusion of foresight and planning. The Great Chain of Being holds its mystique. 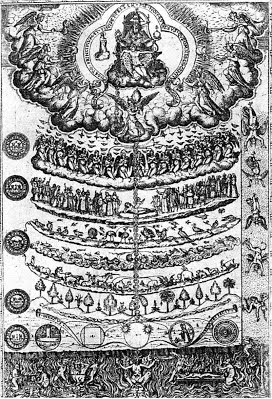 Related Topic(s): Evolution, Add Tags
Add to My Group(s)
Go To Commenting
The views expressed herein are the sole responsibility of the author and do not necessarily reflect those of this website or its editors.