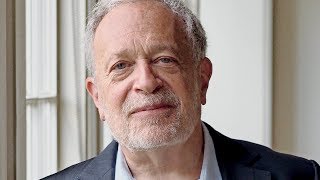 The biggest economic story of our times isn't about supply and demand. It's about institutions and politics. It's about power.

Now this is broadly known, but there is less certainty about why.

Conventional wisdom attributes the widening economic divide to globalization and technological change the "inevitable" result of the invisible hand of the so-called "free market."

So, according to this conventional view, the only realistic way to raise the wages of most Americans is to give them more and better education and job training, so they can become more competitive. They can thereby overcome the so-called "skills gap" that keeps them from taking the jobs of the future jobs and opportunities generated by new technologies.

2. A Deeper View of the American Political Economy

To understand what really happened, it's critical to understand that there is no "free market" in nature. The term "free market" suggests outcomes are objectively fair and that any "intervention" in the free market is somehow "unnatural." But in reality, markets cannot exist without people constructing them. Markets depend on rules, and rules come out of legislatures, executive agencies, and courts. The biggest political change over the last four decades is the overwhelming dominance of big money in politics influencing what those rules are to be.

3. The Decline of Countervailing Power

Now, go back to the first three decades after World War II, a period that coupled the greatest economic expansion the world has ever seen with the creation of the largest middle class the world has ever witnessed. The great economic thinker John Kenneth Galbraith asked at the time: Why is capitalism working so well for so many?

His answer was as surprising as it was obvious: American capitalism contained hidden pools of what he called "countervailing power" that offset the power of large corporations, Wall Street, and the wealthy: labor unions, state and local banks, farm cooperatives, and small retail chains, for example. All of these sources of countervailing power had been fostered by the New Deal. They balanced the American economic system.

But since the late 1970s, these sources of countervailing power have been decimated, leading to an unbalanced system and producing widening economic inequality and stagnating wages. The result has become a vicious cycle in which big money emanating from big corporations, Wall Street, and the wealthy determine the rules of the economic game, and those rules generate more money at the top.

Related Topic(s): Economy; Jobs; Organize; People; Racism; Rules; Sexism, Add Tags
Add to My Group(s)
Go To Commenting
The views expressed herein are the sole responsibility of the author and do not necessarily reflect those of this website or its editors.