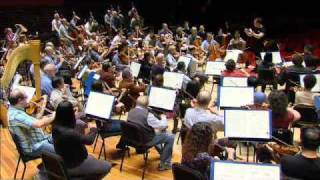 There is no necessary correlation between artistic talent and personal ethics. One can be an artistic genius and ethically suspect at the same time. For instance, Richard Wagner was an anti-Semite, Ezra Pound was a fascist, Pablo Picasso was an aggressive male-chauvinist, actor Clint Eastwood, singer Wayne Newton and the actress Bo Dereck regularly endorse politically conservative know-nothings, and the playwright David Mamet thinks liberals are "brain dead."

Artists emerge from the same varied social contexts as everyone else, and so they are going to exhibit a similar range of political and ethical points of view. While this is to be expected, it is nonetheless a bit strange when one runs into a politically conservative artist. After all, historically, conservative and authoritarian movements traditionally, and almost instinctively, seek to censor or otherwise control the arts. What happens then? In those instances when authoritarian movements have tried to force artists to conform to dictated political and/or ethical positions, things have turned out badly. We know the horrors suffered by artists under Soviet and Nazi rule. Those in China have not fared much better. One can find even earlier precedents. A good example was the effort of the 15th century Dominican friar, Savonarola, to purge the Renaissance city of Florence of its secular art in the name of Christian renewal. His efforts caused havoc and eventually got him and some of his supporters executed.

Thus, at least since the end of World War II, those who have the best interests of the art world at heart have insisted that political and ideological influence over the arts be avoided. Yet, at least in the case of the United States, the effort to maintain this independence has become ever more of a struggle.

There are two reasons for this. First, there is the fact that many artistic organizations, such as orchestras, are donor dependent and thus, just as in politics, this gives those with money significant influence. Second, there is the fact that the U.S. is in the midst of a multi-front culture war. In other words, there is an ongoing conservative effort to turn U.S. culture away from a progressive orientation that supports artistic independence and in the direction of more political/ideological -- and ethically suspect -- goals.

Thus we find that in 2014 the rightwing National Review (NR) called on conservatives to compete for leadership in the realm of arts and culture. The NR seemed not to realize that this was already happening and not without some success, as suggested by the examples given above. Finally we find the well-regarded painter Steve Penley recently appearing at a "Red State gathering," and asking "can't any hip people be conservative?" Depending on what you mean by "hip," the answer may well be no.

It is against the backdrop of this ongoing culture war -- wherein we find an erosion of the principle that artists and artistic organizations should not allow themselves to be politically seduced -- that I got a bit of shock. Opening the Philadelphia Inquirer (on-line edition) for 13 February 2018 I was confronted with the headline, "On a diplomatic mission -- and to woo patrons -- Philadelphia Orchestra will go to Israel." Here, according to Ryan Fleur, the orchestra's "interim co-president," is what is going on.

-- The Philadelphia orchestra will go to Israel in June 2018 and perform in Tel Aviv, Haifa and Jerusalem.

-- Fleur claims that Israel is "unique because it has a cultural diplomacy angle." Actually, this "angle" of "cultural diplomacy" is never clearly, much less honestly, explained. And, as it turns out, it seems that the diplomacy approach is not really to Israel proper, but rather to the Zionist community in Philadelphia.

-- "The orchestra also wanted to build bridges with its Jewish supporters, from whom it was hearing it should do more for Israel." The question also seems to have arisen, "Are we truly responsive to the Jewish community?"

-- The fact that the Jewish community is multifaceted and has varying attitudes toward Israel seems never to have entered Mr. Fleur's mind or, apparently, the minds of other orchestra leaders. Instead, an alliance was struck with the Zionist-oriented Jewish Federation of Philadelphia. Their answer as to how the Philadelphia Orchestra can be more responsive to the Jewish community was to send the musicians off to a foreign country with a record of human rights violations that has alienated ever greater numbers of American Jews. Obviously, someone did not think this move through.

Related Topic(s): Apartheid; Arts; Integrity; Israel; Orchestra; Palestine; Palestine_and_Israel; Zionism, Add Tags
Add to My Group(s)
Go To Commenting
The views expressed herein are the sole responsibility of the author and do not necessarily reflect those of this website or its editors.