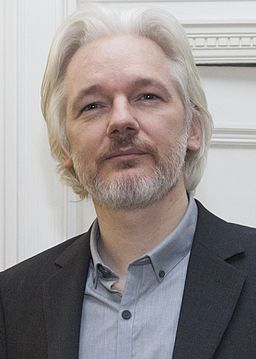 Rachel Maddow made so many false statements in her report on the allegations of "espionage" against Julian Assange, it was hard to count them all. Aside from her snarly attacks on his character and her condescending tone, there were multiple factual errors. here is the list.

Please correct on air the following errors in your report on the allegations of espionage levied against Julian Assange:

1 - Assange was never "charged" in at all for any offense, certainly not "rape". He was "accused" (by two women who sought him out and invited him into their beds) of "consensual sex without use of a condom" - an "offense " which only exists in and in no other country. Please correct your erroneous use of the word, "rape".

2 - Assange did not seek asylum in the Ecuadorian embassy to "avoid charges in multiple countries." as you falsely stated. He was eager to answer all questions in provided that gave him legal assurance that he would not be extradited to the where he would likely be imprisoned for life. Not because he had broken any law, because he did not break any law. But because the CIA, FBI, and deep state elements were and are seeking revenge for the embarrassment they suffered when their illegal and immoral acts were revealed. The accusations in were dismissed not once but three times by three different judges and prosecutors when it became obvious that Assange had not committed any crime and was likely the victim of a honey trap.

3- Assange never "hacked" any government computer. Manning had already downloaded the files and in fact had already delivered all files to both the Washington Post and the Times before contacting Wikileaks. Assange tried to instruct Manning on how to hide her identity, something journalists do every day. You falsely stated that Manning "illegally downloaded classified material for the purpose of sending the material to Wikileaks to publish. " That is a patently false statement, since the material had been downloaded long before Manning had any contact with Assange.

4 - You stated that the initial charge [of assisting a source in hiding her identity] was a crime. No such crime exists in law or in the laws of any other state. Assange never "hacked" into a government computer, ergo the initial charge was false on its face.

5 - You implied that the original charge was for "hacking into a government computer for the purposes of obtaining classified information." Assange never did any such thing and that was not the nature of the charge laid against him.

6 - You stated that the new charge against Assange is "not at all about Assange working with Russian intelligence to try to make Trump win the 2016 election". It has been firmly established that at no time has Assange or any other Wikileaks member ever been in contact with any agent of the Russian government. It has further been proven beyond any doubt that the DNC emails were not hacked, but were leaked by a DNC employee angry at the treatment of Bernie Sanders. This was proven by William Binney, the man who designed the NSA's spying system. Assange has never revealed a source, but he implied that the leaker was in fact the murdered DNC employee, Seth Rich, by offering a substantial reward for information leading to the prosecution of Rich's murderer. A professional hacker in who goes by Kim.com has stated that he taught Seth Rich how to download the files onto a thumb drive and offered to testify before Congress to that fact. No one in - not Congress, the FBI, the CIA or the NSA responded to that offer or was interested in obtaining truthful facts. Assange did not solicit anyone at the DNC to download files and release them to Wikileaks. The DNC email files were offered to Wikileaks by the DNC employee who downloaded them. Former British ambassador Craig Murray confessed to conveying said thumb drive from an intermediary to Wikileaks on behalf of the leaker. Mrs. Clinton had far too much invested in the lies she was promoting in her 'Russia-gate ' fairy tale to allow the truth to be put forward. I hold Hillary Clinton personally responsible for the persecution of Assange. It is Mrs. Clinton who deserves life-long persecution, prosecution, and imprisonment for her multiple acts of treason against the .

7 - You stated "as Wikileaks was releasing all of that information stolen by the Russians". Again, try to do at least the minimum amount of research before you fill the airways with untruths.

8 - Finally, to be clear A) Assange is not an American citizen and has never set foot inside the . Therefore he has no legal or moral obligation to be "loyal" to the or its government. B) Assange has never hacked into any government files. He is a journalist and publisher only. C) If the media were in fact doing their jobs - asking the hard questions, developing relationships with sources and challenging the government when its actions were illegal under international law, there would be no need for the genuine factual reporting that has been carried out by Wikileaks. You in the mass media have brought this crisis onto yourselves.

I have to give you credit for at least acknowledging the dangers to press freedoms inherent in the false prosecution of Assange. You are nine years late in stepping up to the plate, but at least you are there now.