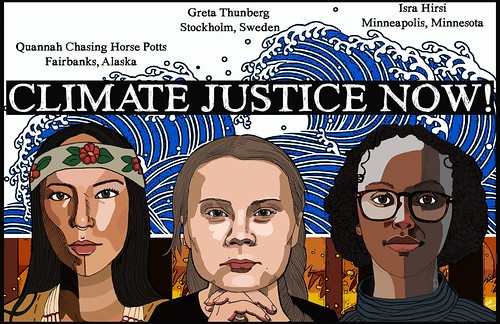 Responding to pressure from environmental groups, New York has become the first state to divest its massive public-pension fund from fossil-fuel companies.

The fund, DiNapoli explained, is planning to complete an investments review within five years to identify the "riskiest companies" from which to divest.

"We continue to assess energy sector companies in our portfolio for their future ability to provide investment returns in light of the global consensus on climate change. Those that fail to meet our minimum standards may be removed from our portfolio. Divestment is a last resort, but it is an investment tool we can apply to companies that consistently put our investment's long-term value at risk."

"It's a huge win, obviously, for the activists who have fought for eight years to get Albany to divest from fossil fuel companies and for the global divestment campaign. Endowments and portfolios worth more than than $14 trillion have joined the fight.

"But it also represents something else: capitulations that taken together suggest that the once-dominant fossil fuel industry has reached a low in financial and political power."

As Massachusetts legalizing same-sex marriage in 2004 set the precedent for the Supreme Court to follow suit a decade later, and 15 states legalizing recreational marijuana use motivated the House of Representatives last week to pass a federal-legalization bill, New York's shunning of "the riskiest" fossil-fuel polluters is an example of change happening at the local level.

With them on the ropes, other state legislatures will no doubt follow New York's lead.

There is a future without fossil fuels.

Related Topic(s): Activism; Climate; Divestment; Economy; Environmental Justice; Environmentalism; Fossil Fuel; Fossil-fuel Industry, Add Tags
Add to My Group(s)
Go To Commenting
The views expressed herein are the sole responsibility of the author and do not necessarily reflect those of this website or its editors.