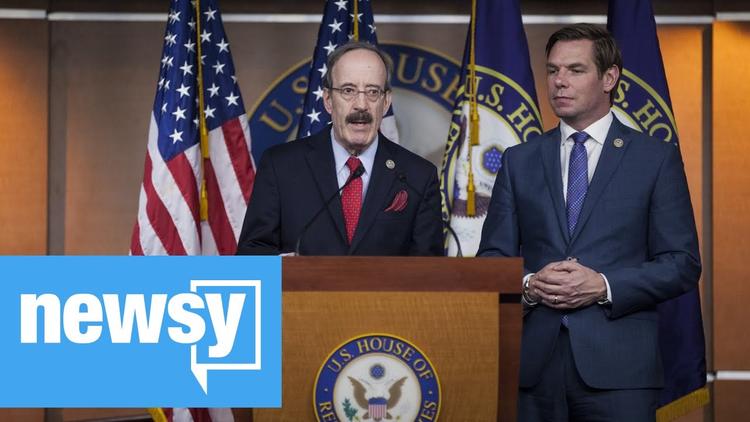 The chairman of the House Foreign Affairs Committee pointed to the Trump administration's report to Congress on the drone strike at Baghdad International Airport, which was released on Friday.

The report said that the administration "directed this action in response to an escalating series of attacks in preceding months by Iran and Iran-back militias on United States forces and interests in the Middle East region."

Engel points out that the report does not say anything about Soleimani coming to Iraq to stage attacks on US facilities there, which was how Trump and his cabinet justified the killing. In other words, the drone strike on the general, which also rubbed out a high ranking Iraqi officer, Gen. Abu Mahdi al-Muhandis, was an act of retaliation, not a matter of self defense from an imminent attack.

Not only does the Trump administration not now say that Soleimani came to Iraq to harm Americans, but this cover story for the assassination has been shredded by the Iraqi government. I wrote on Jan. 3, about the Iraqi parliament vote to oblige the executive to find a way to ease US troops out of Iraq,

"As Abdulmahdi told the story, Saudi Arabia had contacted him, seeking his mediation to cool down Riyadh's conflict with Iran. Abdulmahdi said he sent the Saudi message to Tehran, and then invited Soleimani to come give the reply. (Soleimani came openly to Iraq on a commercial airliner and went through passport control with his diplomatic passport. There was nothing covert about the visit). Soleimani was on his way to consultations with his host, Abdulmahdi, when Trump rubbed him out.

Abdulmahdi's account makes nonsense of everything Trump and Pompeo and Esper are saying about the circumstances of the murder of Soleimani. He wasn't coming to kill Americans. That entire meme never made any sense. There were hardly any Americans in Iraq save for the 5,200 military personnel, and it is not clear how Soleimani could have killed any of them without starting a war."

David Hearst at Middle East Eye reports that the new Iraqi government is now negotiating with the US military, which has expressed a willingness to leave Shiite areas and perhaps even Baghdad, but insists on staying (over Iraqi objections?) at al-Ain Air Base in largely Sunni Arab al-Anbar Province. The Shiites are particularly angry over the killing of Soleimani and al-Muhandis, and the militia that al-Muhandis led has said that if the Iraqi government does not expel the American troops through negotiations, it will take matters in its own hands. The US had also in late December bombed military outposts of Kata'ib Hizbullah, the "Popular Mobilization Force" that al-Muhandis had headed.

As the Defense Department report to Congress today said, the Trump administration blamed Kata'ib Hizbullah and its Iranian patron, Soleimani, for rocket attacks on bases where US troops were located. The attack that triggered Trump's vengeance was launched at a base in Kirkuk and killed a US contractor.

Alissa J. Rubin reported this week that the Iraqi military disputes the Trump administrative narrative, pointing out the Kirkuk is a Sunni and Kurdish area and that Kata'ib Hizbullah, a largely Shiite militia from the south, had not had a presence in the Kirkuk region for 18 months. The rockets that hit the base and the US contractor were likely ISIL, the so-called Islamic State Group, a hyper-Sunni movement that hates Iran and Shiites.

So the situation is even worse than Engel alleges, since not only were Soleimani and al-Muhandis not just about to attack the United States, they weren't even responsible for the Kirkuk base attack to which Trump was replying -- with his typical macho posturing and complete ignorance.

Engel went on to point out that if Soleimani wasn't about to attack Americans (and he wasn't), then the whole legal rationale that Trump gave for the assassination, referring to the US constitution, the right of self-defense, and the 2002 Authorization for the Use of Military Force, was shown also to be invalid.

Engel doesn't say so, but the assassination of Soleimani and al-Muhandis were therefore murders, and war crimes, every which way from Sunday.

Related Topic(s): Iran; Murder; Soleimani; Trump And Saudi Arabia; Trump Warmonger, Add Tags
Add to My Group(s)
Go To Commenting
The views expressed herein are the sole responsibility of the author and do not necessarily reflect those of this website or its editors.