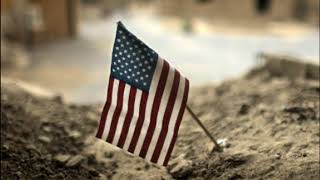 Since I last wrote about the bipartisan shrieking, hysterical reaction to Trump's planned military withdrawal from Syria the other day, it hasn't gotten better, it's gotten worse. I'm having a hard time even picking out individual bits of the collective freakout from the political/media class to point at, because doing so would diminish the frenetic white noise of the paranoid, conspiratorial, fearmongering establishment reaction to the possibility of a few thousands troops being pulled back from a territory they were illegally occupying.

Endless war and military expansionism has become so normalized in establishment thought that even a slight scale-down is treated as something abnormal and shocking. The talking heads of the corporate state media had been almost entirely ignoring the buildup of US troops in Syria and the operations they've been carrying out there, but as soon as the possibility of those troops leaving emerged, all the alarm bells started ringing.

Endless war was considered so normal that nobody ever talked about it, then Trump tweeted he's bringing the troops home, and now every armchair liberal in America who had no idea what a Kurd was until five minutes ago is suddenly an expert on ErdoÄŸan and the YPG. Lindsey Graham, who has never met an unaccountable US military occupation he didn't like, is now suddenly cheerleading for congressional oversight: not for sending troops into wars, but for pulling them out.

"I would urge my colleagues in the Senate and the House, call people from the administration and explain this policy," Graham recently told reporters on Capitol Hill. "This is the role of the Congress, to make administrations explain their policy, not in a tweet, but before Congress answering questions."

"It is imperative Congress hold hearings on withdrawal decision in Syria -- and potentially Afghanistan -- to understand implications to our national security," Graham tweeted today.

Lindsey Graham only wants congressional oversight when it comes to decisions to pull out of wars, never to get into them. pic.twitter.com/2JHGmdNc5G

It is absolutely bat sh*t crazy that we feel normal about the most powerful military force in the history of civilization running around the world invading and occupying and bombing and killing, yet are made to feel weird about the possibility of any part of that ending. It is absolutely bat sh*t crazy that endless war is normalized while the possibility of peace and respecting national sovereignty to any extent is aggressively abnormalized. In a sane world the exact opposite would be true, but in our world this self-evident fact has been obscured. In a sane world anyone who tried to convince you that war is normal would be rejected and shunned, but in our world those people make six million dollars a year reading from a teleprompter on MSNBC.

How did this happen to us? How did we get so crazy and confused?

I sometimes hear the analogy of sleepwalking used; people are sleepwalking through life, so they believe the things the TV tells them to believe, and this turns them into a bunch of mindless zombies marching to the beat of CIA/CNN narratives and consenting to unlimited military bloodbaths around the world. I don't think this is necessarily a useful way of thinking about our situation and our fellow citizens. I think a much more useful way of looking at our plight is to retrace our steps and think about how everyone got to where they're at as individuals.

Society Is Made Of Narrative. Realizing This Is Awakening From The Matrix.This is the clearest I've been able to sum it all up so far. https://t.co/JqbZMKn7ov

Related Topic(s): Crazy Politics; Endless War; Fearmongering; Syria; Truth, Add Tags
Add to My Group(s)
Go To Commenting
The views expressed herein are the sole responsibility of the author and do not necessarily reflect those of this website or its editors.