"We respectfully request the district award us the 14 classrooms to which we are entitled."
- Charter school principal

It is clear that when our students finally return to the district's school buildings, they are going to need more space so that social distancing can be enforced. For campuses that have co-located charter schools, this is going to be more difficult as they must give up any space not used for teaching to their privately-run charter counterparts. However, since the state has been unwilling to suspend the rules that implement PROP 39, the district continues the process of giving away space for next year. For this reason, an item was included on the agenda of the last school board meeting providing the district's reasons for splitting up some PROP-39 co-locations between multiple campuses.

Many of the charter schools on the list that the school board was considering have requested more space than they needed in past years. Some of them still owe the LAUSD a total of $1.9 million in unpaid overallocation penalties. This includes Citizens of the World charter schools which have been caught collecting names of students who had no "meaningful interest" in attending the school. I provided this information to the board in public comments before they voted on this item:

I find it interesting that the speaker two speakers ago used the word "entitled." Our LAUSD public schools are losing the rooms that they use for special education, for parent support, and for after-school programs, but this charter school believes that it is "entitled" to get enough rooms for their program. It is funny that the previous speaker then used the word "cannibalize," because there have been complaints all over the district of public school campuses that have been cannibalized for these privately run schools.

Why do we continue to provide these schools with space if they haven't paid their past due bills? This is hurting the students of our LAUSD public schools.

I would also like to know if before space was allocated if anything was done to prevent future over-allocations? Is fraud being investigated as a possible reason for their inaccurate numbers?

This is clearly fraud. The names that this school submitted for its enrollment were not based in reality. Something has to be done about that. Before you allocate any more classrooms from our public schools to this charter school, you should be looking into it. 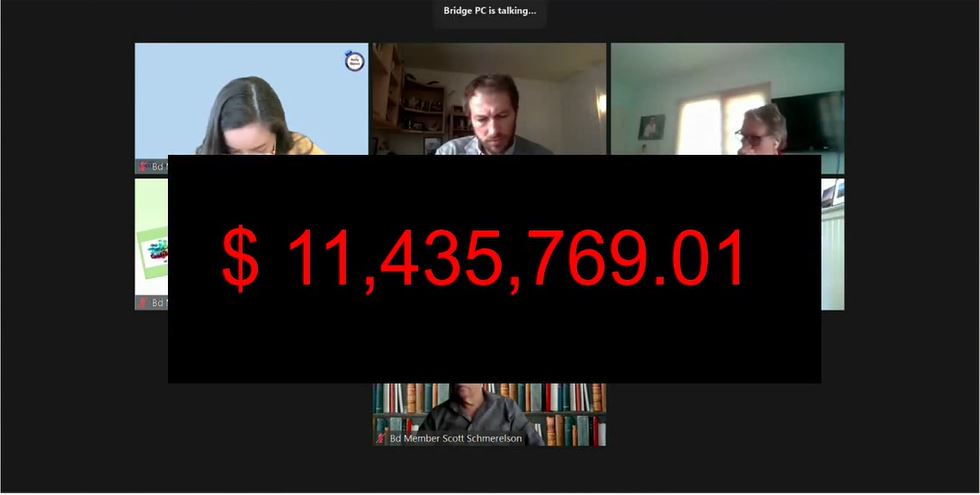 Incurring debt without the intention of paying it back is theft. Using data that you know is false to obtain goods or services is fraud. The LAUSD needs to stop being a victim and enabling those who are stealing money from funds meant to educate our students. The school board must fulfill its fiduciary duties and demand accountability.
________________________________