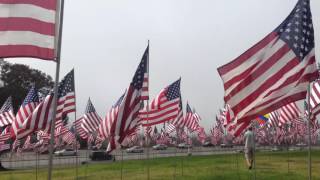 As a new report by the Army War College tracks the loss of "US primacy" around the world, it prescribes more of the same; propaganda, surveillance and war.

It's public knowledge that from the point of view of the Pentagon, the United States faces five existential threats: Russia, China, Iran, North Korea and terrorism, in that order. Way beyond rhetoric, all Pentagon actions should be understood and analyzed under this framework.

Now global public opinion may have access to an even more intriguing document; a new study by the Army War College titled At Our Own Peril: DoD Risk Assessment in a Post-Primacy World. Readers are actively encouraged to download it and study the fine print.

Researcher Nafeez Ahmed has proposed some helpful decoding of this "post-primacy" predicament, that took virtually 10 months to be put together.

The intellectual firepower concerned involved all sections of the Pentagon scattered around the world, as well as the Defense Intelligence Agency (DIA), the National Intelligence Council, and proverbial neocon-heavy think tanks such as the American Enterprise Institute (AEI), the Center for Strategic and International Studies (CSIS), the RAND Corporation, and the Institute for the Study of War.

All that for what? To enounce the obvious -- that the US has lost its "primacy"; and to propose more of the same, as in Orwellian surveillance; "strategic manipulation of perceptions," a.k.a. propaganda; and a "wider and more flexible" military, as in more wars.

If this is the best US military "intelligence" can come up with, peer competitors Russia and China might as well grab a gin and tonic and relax by the pool.

The study is a classic piece of myopic Exceptionalism -- which might at least allow for some entertaining value if presented with some rhetorical flourish.

Russia and China are duly described as "revisionist forces" (doesn't that sound like Mao in the 1950s?) which should be prevented from pursuing their own legitimate national interests. Why? Because that represents a threat that undermines US hegemony.

Readers of the study should desist from finding any concrete evidence that both Russia and China pose a serious threat to US national security. They should rely on US corporate media, which blares all these "threats" 24/7.

It gets curiouser and curiouser when it comes to Iran and North Korea -- both also demonized non-stop by media and US Think Tankland. The problem is not that they pose a nuclear threat; the problem is they are obstacles to the smooth expansion of the "US-led order."

Related Topic(s): Empire; Hegemony; Iran; Korea; Pentagon; Propaganda, Add Tags
Add to My Group(s)
Go To Commenting
The views expressed herein are the sole responsibility of the author and do not necessarily reflect those of this website or its editors.