And it could give Democrats a fighting chance in farm country and small-town America. 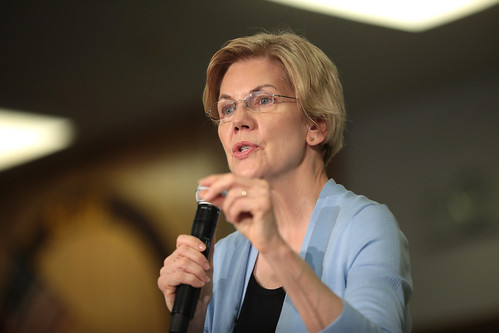 If Democrats want to be competitive again in rural America, they will need to go bold -- as bold as Franklin Delano Roosevelt in the New Deal era. That's when FDR and his party swept to victory in states where Democrats now struggle to stay in the running.

Fools may counsel compromise and caution as a strategy for reaching out to rural voters, but that's absurd. The answer is not to imagine that dialing down progressive messages about economic and social and racial justice will somehow change the hearts and minds of Trump voters. The answer is to speak to the needs of all voters -- and all potential voters -- in vast stretches of America where poverty, disenfranchisement, and disconnection are serious concerns. Instead of dumbing down the message with centrist claptrap, Democrats should be giving young people, people of color, and struggling farmers and workers who live beyond the boundaries of the suburbs a reason to vote -- and the information they need to get engaged in changing the politics of their hometowns, their counties, their states, and their country.

The 2020 Democratic presidential contender's plan can best be understood as a 21st-century version of rural electrification.

Rural electrification was the response of the Roosevelt administration to the reality that, in the mid-1930s, electricity was widely available in urban America but hard to come by in small towns and farm country. With Executive Order 7037, FDR created the Rural Electrification Administration. In 1935, a year later, Congress approved the Rural Electrification Act and federal dollars began to flow to the member-owned electrical cooperatives that wired the countryside. Jobs were created, lights switched on, and so did the radios that carried Roosevelt's fireside chats to millions of additional Americans.

Related Topic(s): America; Broadband; Electricity; Elizabeth Warren; Internet, Add Tags
Add to My Group(s)
Go To Commenting
The views expressed herein are the sole responsibility of the author and do not necessarily reflect those of this website or its editors.