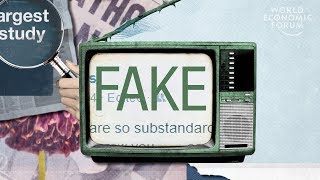 There are many reasons why viewers are deserting mainstream news. This article is about one vital reason that has been overlooked...

Elite television news anchors are absolutely essential to the hypnotic delivery of fake news. They have always been a mainstay of the mind control operation.

From the early days of television, there has been a parade of anchors/actors with know-how -- the right intonation, the right edge of authority, the parental feel, the ability to execute seamless blends from one piece of deception to the next:

Now we have Lester Holt, David Muir, and the newly appointed Norah O'Donnell. They couldn't sell water in the desert.

Lester Holt is a cadaverous timid presence on-air, whose major journalistic achievement thus far is interrupting Donald Trump 41 times during a presidential debate; David Muir has the gravitas of a Sears underwear model; Norah O'Donnell, long-term, will have the energy needed to illuminate one miniature Xmas-tree light bulb.

The networks have no authoritative anchor-fathers waiting in the wings. They don't breed them and bring them up in the minor leagues anymore.

Instead, armies of little Globalists, and ideologues who don't realize they're working for Globalists, have been infiltrating the news business. At best, they're incompetent.

This is one reason why mainstream news has been imploding.

When gross liars don't have hypnotic effect, they don't have anything.

And lately, things have gotten even worse for the mainstream. Their ceaseless attacks on Trump are backfiring. More members of the public are seeing through the puerile throw-ANYTHING-at-the-wall-and-see-what-sticks approach; and more important, the style of these attacks is breaking the time-honored rhythms and pace of traditional news presentation, and thus are failing to put the viewing audience into passive brain-states.

Fundamental and tested means for trance-induction are going out the window. When you add in rude and contentious interviews and thinly disguised editorializing by "news reporters" who have no business being within a mile of a broadcast studio, who spout random shots of venom, the news-production techniques that enable an ongoing illusion of oceanic authority collapse like magnetic fields that have been suddenly switched off.

Related Topic(s): Media; Media Fake News; News Anchors; News International; Television, Add Tags
Add to My Group(s)
Go To Commenting
The views expressed herein are the sole responsibility of the author and do not necessarily reflect those of this website or its editors.