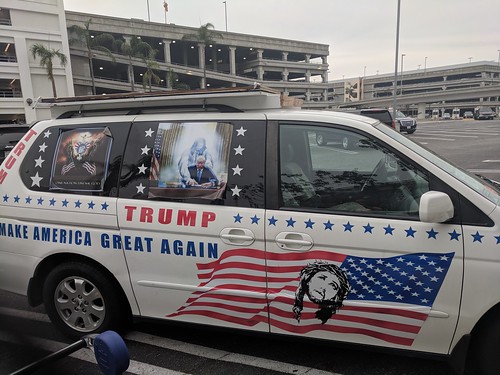 Last Thursday, Juan Gonzalez of "Democracy Now" provided the best post-election analysis of voting trends that I've heard. It sharply departed from the conventional wisdom that, he said, routinely wonders about the "under performance" of black and brown voters in the just-completed general election.

Instead, Gonzalez pointed out that African American, Latinx, Chicanx, and even Native American voters stepped up in an unprecedented way with more of them voting than ever - and most of them, of course, casting their ballots for the Biden-Harris ticket.

True, he said, there was a 2% increase in the number of them voting for Donald Trump. But he pointed out, it's not percentages that win elections, but actual votes cast. Gonzalez asked, "Would you rather have 70% of 12 million votes, or . . . 68% of 20 million votes?"

The real surprise, Gonzalez noted, was in the increase of white suburbanites - and especially white suburban women - who voted for Donald Trump. If anything, that was the real "under-performance" calling for further analysis.

Why is it that Republicans are increasingly becoming America's "White Party" with white women exhibiting decreasing difference in their voting preferences from white men who actually shifted a bit away from Trump? And why do so many Christians continue to support someone like DJT?

Gonzalez answer? There are a surprisingly significant number of Americans - white, black, Latinx, gay, straight, atheist and Christian - who are quite comfortable with Donald Trump's imperialist message of "America First" global dominance. Whether they're aware of it or not, they (at least subconsciously) don't want the sun to set on the declining U.S. empire. So, they respond positively to imperialism's conventional wisdom of maintaining "full spectrum dominance" over the rest of the world. It's an American thing divorced from any "identity politics."

I bring all of that up because today's readings call attention to the difference between the conventional wisdom that Gonzalez decried and the radical wisdom of Jesus the Christ who had no time for empire or for making Rome or even Israel great again.

To show what I mean, here are my "translations" of the day's selections related to Jesus' profound wisdom - with a surprise twist in today's Gospel parable of "The Wise and Foolish Virgins."

There, the anonymous and conservatively Jewish evangelist called "Matthew" turns the unconventionally wise Jesus into a teacher of the world's conventional wisdom of taking care of #1. In effect, he transforms Jesus from what we might call a "progressive" (or what I would call an anti-imperialist "radical") into something like a contemporary Republican. No wonder today's Christians feel comfortable supporting Donald Trump!

Please read to original texts here to see if I'm exaggerating. The first three readings reflect Jesus' approach to wisdom. The last one seems to contradict it.

Goddess-like Wisdom is easily encountered by those who seek her out. In fact, she lovingly looks for us even before we start our search for her. She is nearer to us than our jugular veins. Honoring her is actually the height of informed intelligence. You might say that human beings are naturally wise.

Related Topic(s): CHRISTIANS CANNOT BE CONSERVATIVES; Christian Religion; Christian Right; Christian Values; Donald Trump; Election-Voting Issues News; Elections_Campaigns; Jesus; Parable; Trump As The Messiah; (more...) Trump Evangelicals; Trump Religion; Wisdom, Add Tags  (less...)
Add to My Group(s)
Go To Commenting
The views expressed herein are the sole responsibility of the author and do not necessarily reflect those of this website or its editors.