What's going on on the Southern border of our nation is very well known, and does not have to be retailed in any detail here. That is has certain elements of 21st century Trumpite fascism is quite clear. For example, the use of both the Big Lie (major falsehoods repeated over and over again) and the Little Lie (minor falsehoods that just roll off the tongues consecutively of members of the present government from the President on down [or up, depending upon your point of view] Techniques in describing the objectively small (a few thousand at most) asylum seekers and their children who are suddenly being singled out for "special treatment." (I'm not sure whether the new claim that the denial of due process to these folks is actually not denial of due process qualifies as a Big Lie or a Little Lie. It's possibly both.) 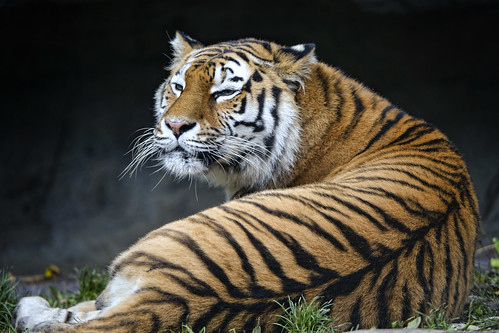 Then there is the description of these people --- mainly women and young (sometimes very young) children as criminals when in fact they are fleeing gross criminality in the countries that they are for the most part coming from: Guatemala, El Salvador and Honduras. (Not taking much of a place in the discussion/debate about the current wave of refugees is the responsibility of U.S. policy over the years in creating those conditions. But that is a subject for another time.)

Next as an element of fascism one can reference is the infliction of random cruelty on the population that is the subject of the current U.S. persecution. What is being done to these families can be compared to the random cruelty visited upon the Jews of Germany in the early days of the Nazi regime. For example, members of the Sturmabteilung (the SA), the Nazis' private army would arrest random Jews on the street and force them to get down on their hands and knees and scrub street paving stones with a toothbrush. That random cruelty then ranged upwards to the outright theft of Jewish property with the turning over of it to "good Aryans." And then beyond random cruelty, for Trump there is the totally irrelevant, counter-factual, "MS-13" rhetoric designed to create hatred for this particular population element, a typical fascist technique for organizing one's own supporters.

The S.A. on the march.
(Image by WWIIHITLERTHIRDREICHHISTORY Thanks to Putschgirl.T)   Details   DMCA

And so what is this all about? Why now and why is it what it is? As is well-known, the over-riding element of Trumpite fascism, from the time he began his run for the Presidency in the Republican primaries in 2011 was racism. Then it was in the form of "birtherism." Trump continued to promote the myth well into the 2016 Republican primaries, even though President Obama was not a candidate for re-election. Then there was the racism mixed with xenophobia of his "Mexicans are rapists and murderers" screed in his famous "I'm running" announcement, that was continued right up until the end of the campaign. And of course there was the also famous "build-a-wall-and Mexico-will-pay-for-it" mantra. A major racist dog whistle. Although it has currently died down (perhaps because the Trumps are doing business, privately and diplomatically, with Saudi Arabia and the United Arab Emirates [while in the process turning their backs on the traditional Arab ally of the U.S., Qatar, which just happens to house a huge U.S. airbase]), Islamophobia, which reflects both racial and religious prejudice, was also a major element of Trumpite propaganda. (And now with the Supreme Court decision endorsing Islamophobia as "OK" as a basis for policy, in a decision that came down the day after this column was originally written, you can bet your bottom dollar that it will be back in full force, leading into the elections.)

As President, Trump was eventually forced to drop the "Obama-was-not-born-in-the-U.S." myth (which he did, very ungraciously). But, not to be deterred from using out-and-out anti-African-American racism to maintain his support and his supporters, as President he came up with the campaign against primarily African-American football players kneeling during the playing of the National Anthem (itself a celebration, in part, of freedom of expression). This is not to say, that all of Trump's supporters are overt racists. Indeed, many of them are not. Indeed A) Trump's racism is never overt like, say, George Wallace's was. And B) it is thus deniable. But of course, given the nation's history, "race" is in the subconscious of many white U.S., waiting for Trump to bring it to the surface. One of its most important uses, for Trump, is that when he is criticized for it, since they don't recognize it within themselves, his supporters can say to themselves, "there they go again; they're so unfair; we need to stick by our man."

But why is all of this going on now? Well, in my view, it's not random. It's totally related to the 2018 election. Trump simply cannot have a Democratic-controlled House of Representatives, much less a Democratic-controlled Senate. Can you imagine what Adam Schiff would be doing as Chair of the House intelligence Committee? Well, Trump can and it gives him nightmares. He could fire Robert Mueller, and may well do so before the elections, but if the Democrats control the House, he could not fire Schiff. The ring is closing around Trump for a variety of "high crimes and misdemeanors" (even if it never gets to impeachment) ranging possibly from bribery (see the Stormy Daniels case) and corruption (getting paid off in one way or another by foreign powers for one favor or another), to money-laundering, to the violation of campaign finance law (see the Stormy Daniels cases), to whatever Mr. Mueller is looking into: conspiracy with the Russians to influence the elections (which may be the least of it), violations of the Constitution's emoluments clause, and so on and so forth. And who knows what else (see the Mike Cohen files). If the Democrats gain control of the House (which means that in addition to the Intelligence Committee they would gain control of the House Oversight Committee, with Elijah Cummings as Chair), oh my!

If the Republicans retain control, particularly of the House with his errand boy Devon Nunes continuing as chair of the Intelligence Committee, Trump is going to be able to make a lot of this stuff go away (as well as turning the focus to --- Hillary Clinton). (That is, of course, unless Michael Cohen flips, especially before the election. But that's another matter.) So what does Trump need to do? "Mobilize his base" (which is now, of course, indistinguishable for the Republican base). And, if the Repubs. retain control it will be even more right-wing than it is now, because so many of the so-called "liberal" (that's a laugh) Repubs. are calling it quits.

And so, Trump is whipping up the xenophobia (which of course also has a major element of racism because the target population is "brown") now, and it will continue right through the summer. And then, just in time for Trump the National Football League season begins. You can bet your bottom-dollar that numerous players are going to ignore the NFL's owners (and, note, not all of them buy into it) agreement to ban kneeling before the games. What a perfect racism trope for Trump to ride all the way to the election. Combine this with the massive vote-suppression campaign of the Repubs., strengthened by the Supreme Court's decision in the Texas case legalizing gerrymandering, and the "Blue Wave," the existence of which I questioned back at the end of April, may indeed become the "Red Wave" which Trump has taken to predicting in the last couple of weeks.

And so, it is very likely that this anti-refugee campaign (which Trump is also conveniently turning into a total anti-immigrant campaign, the "infestation" donchaknow) is part of a well- planned one-two punch leading into the elections. After all, even if some Trump opponents don't want to recognize that Trump won on racism (although it is fascinating that the former right-wing Republican Joe Scarborough, of all people, says it absolutely openly, as does the now former Republican, the most articulate Steve Schmidt), the Trumpite leadership knows that he won on racism and so, they are pumping it up again, big-time.

As George Will, of all people, now says, "Vote Democratic." But if not enough people do, and the House stays Repub. and even more right-wing than it is now (and Mitch McConnell goes ahead and kills the filibuster in a Repub. Senate), can you see, for example, a National Security Act, aimed at the "fake news" mainstream media? Well, I can.

Steven Jonas, MD, MPH, MS is a Professor Emeritus of Preventive Medicine at StonyBrookMedicine (NY) and author/co-author/editor/co-editor of over 35 books. In addition to his position on OpEdNews as a "Trusted Author," he is a Senior Editor, (more...)
Related Topic(s): Cruelty; Election Technology Reports; Propaganda; Racism; Trump Apologists; Trump Attacks Athletes; Trump Attacks Media; Trump Attacks Obama; Trump Bully In Chief; Trump Campaign; (more...) Trump Con; Trump Conflict Of Interest; Trump Cruelty; Trump Illegality; Trump Racist; Trump Wall Against Mexico; Trumpism; Xenophobia, Add Tags  (less...)
Add to My Group(s)
Go To Commenting
The views expressed herein are the sole responsibility of the author and do not necessarily reflect those of this website or its editors.