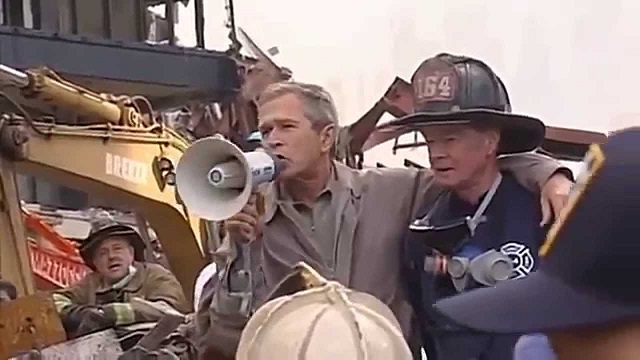 A growing collection of evidence indicates that three nations directly involved in coordinating the planning and carrying out of the 9/11 terrorist attacks on the United States, Israel, Saudi Arabia, and the United Arab Emirates, were also jointly involved in "hacking" the 2016 U.S. presidential election to bring about Donald Trump's victory. The January 11, 2017 meeting in Seychelles involving Blackwater founder Erik Prince, the brother of Education Secretary Betsy DeVos, and top officials of UAE, Saudi, and Israeli intelligence represented a de facto after-action overview of the 2016 election interference that covered successes of the operation.

Some of the election manipulation actions blamed on the Russian government were, in reality, carried out by Israeli and Russian Jewish-owned high-tech firms, many of the latter operating from eastern Europe. One such firm was Archimedes Group, a Tel Aviv-based company discovered to have been manipulating Facebook and Instagram to engage in election-targeted information operations. Facebook responded to the firm's activities by banning Archimedes Group. Archimedes has bragged that its social media manipulation skills can "change reality." The firm is linked to Brussels-based propaganda activities of the European Friends of Israel influence-peddling group, as well as Israeli intelligence.

Ironically, among the deceptive and fake ads bought by Archimedes on Facebook were those that helped elect the Adolf Hitler praising neo-Nazi president of Brazil, Jair Bolsonaro. Other elections influenced by Archimedes included those in Nigeria, Democratic Republic of Congo, Senegal, Togo, Angola, Niger, and Tunisia. Cambridge Analytica, the UK-based firm that was involved in social media manipulation on behalf of the Trump campaign, also has a history of interfering in foreign elections and referenda, including the 2016 British European Union withdrawal from Brexit vote and elections in Kenya, Mexico, Argentina, Ukraine, Colombia, South Africa, Nigeria, Nepal, India, Latvia, Moldova, and Romania. Cambridge Analytica, now defunct, was also linked to Russian-Israeli "troll farms" in Russia and eastern Europe. SCL Group, Cambridge Analytica's parent company, was involved in information warfare operations for the British Ministry of Defense and the Pentagon.

The investigation of 2016 "Russian election meddling" by Justice Department Special Counsel Robert Mueller was constrained by the narrow mandate of the probe. Although Mueller did look into the activities of Trump's close friend, Lebanese-American billionaire Thomas Barrack, as well as those of UAE real estate mogul Rashid al-Malik and Trump son-in-law Jared Kushner, insurmountable legal constraints imposed by Deputy Attorney General Rod Rosenstein's May 17, 2017 appointment letter stymied the investigation. The letter limited Mueller to investigate "the Russian government's efforts to interfere in the 2016 presidential election." Although Mueller was authorized to investigate "any other matters" relating to the 2016 election, it is clear that for Rosenstein who WMR has previously identified as one of Israel's embedded assets as U.S. Attorney for Maryland in prosecuting National Security Agency employees cognizant of Israel's role in 9/11. Israel, Saudi Arabia, and the UAE were relatively off-limits to Mueller's team. A looming question remains over whether these three countries are also off-limits to the investigative committees of the U.S. House of Representatives where Israel exercises strong influence over Speaker Nancy Pelosi, House Foreign Affairs Committee chairman Eliot Engel, Intelligence Committee chairman Adam Schiff, Judiciary Committee chairman Jerrold Nadler, and Democratic Majority Leader Steny Hoyer.

What is emerging in post-Mueller Report investigations of 2016 election foreign meddling and the strong possibility of a repeat in 2020 is the presence of a massive Israeli-Saudi-UAE intelligence operation with operations centers in Tel Aviv, Abu Dhabi, and, to a lesser extent, Riyadh. These nations have not only joined forces to wage a constant diplomatic and cyber battle against Iran, Qatar, Syria, the Houthi-led government of Yemen, and Lebanon, but are targeting foreign elections for manipulation.

Israel's NSO Group, consisting of ex-Israeli signals intelligence Unit 8200 and Unit 8100 officers, has provided the Saudis and Emiratis, as well as "Russian" troll farms in eastern Europe, with its Pegasus mobile phone surveillance suite. The Pegasus software was also used to track, by GPS location, the movements of Saudi journalist Jamal Khashoggi, a permanent resident of the United States, in Istanbul last year. Khashoggi was lured into the Saudi consulate-general in Istanbul, where he was brutally murdered by Saudi intelligence agents. The Saudis used Pegasus to spy on Khashoggi's mobile phone calls and text messages. Former Trump national security adviser Michael Flynn served as an adviser to NSO Group.

Journalists and groups investigating the activities of NSO Group have been targeted in disinformation and "doxing" campaigns by another shadowy Israeli company, Black Cube, which consists largely of ex-Mossad agents. There are corporate-level links between Black Cube and Erik Prince's other major firm, Frontier Resource Group, which is primarily owned by Chinese investors. Although Black Cube gladly investigated the sexual assault accusers of Hollywood movie mogul Harvey Weinstein, it has an unwritten policy of refusing to investigate high-profile Jewish businessmen, including billionaire hedge fund Republican Party financier Paul Singer.

Israeli cyber-warfare and intelligence specialists are believed by U.S. and foreign signals intelligence agencies to be operating alongside Emirati, Saudi, and foreign "mercenaries," within a special center in Abu Dhabi that operates under the aegis of the UAE's National Electronic Security Authority (NESA) and the UAE Signals Intelligence Agency (SIA). The foreign mercenaries, including ex-employees of the NSA and CIA, work for a mysterious firm called DarkMatter, which maintains offices in Abu Dhabi, Dubai, and Toronto.

DarkMatter's founder, Faisal Abd al-Aziz Mohamad al-Bannai, said the company maintains R&D centers in Canada, China, and Finland. Those responsible for the U.S. intelligence community, including Director of National Intelligence Dan Coats, have taken no action to prevent NSA, CIA, and other U.S. intelligence employees from going to work for DarkMatter or any other foreign company posing a threat to U.S. and foreign election integrity. DarkMatter works with another Abu Dhabi-based cyber company called BeamTrail. Abu Dhabi is also the home of Erik Prince's mercenary company, Reflex Responses (R2), which has been involved in civil wars in Yemen, Sudan, Somalia, Syria, and Libya, sometimes with U.S. Special Forces units designated as the enemy. Prince is a former U.S. Navy SEAL.

Another cyber-intelligence firm with a presence in Abu Dhabi is Circinus, which is owned by former Republican Finance Committee co-chair and Trump friend Elliott Broidy. Broidy was at the center of UAE and Saudi efforts to wage an information warfare operation against the government of Qatar. He has also threatened this reporter with a lawsuit with an unfounded accusation that WMR's editor is an agent for the government of Qatar. Circinus has a $200 million contract with the UAE armed forces.

The 9/11 attacks involved Israeli intelligence teams in the United States providing cover for Saudi-funded Arab hijacking cells active in Florida, California, Texas, New Jersey, Maryland, and other locations. The UAE Central Bank in Dubai facilitated the transfer of Saudi and Emirati funds to the Arab terrorist cells in the United States and those in training in Afghanistan.