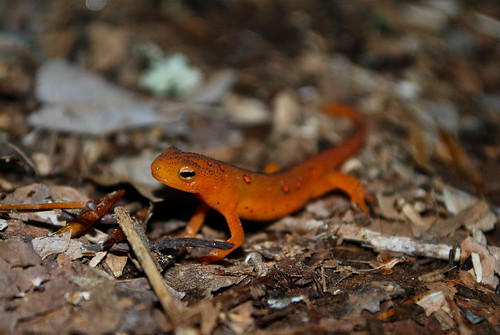 That sloped far up into the canopy. Why don't I climb that tree? he asked.

I will be the first climbing eft. So saying he started up.

After a while he had to stop. Oh my, there is a lake over there, he said.

Then his legs gave out and he plummeted Hitting leaf after leaf all the way to the ground.

There he lay on his back, his inertia, profound; His little body was one big ache.

Then, of a sudden, he remembered the lake That he had seen from up high!

That water would feel very nice to me! He would be the first underwater eft!

With all the strength he had left Feeling inspired and refreshed

He headed for his second first.