Knowledge provides a man with light to distinguish between right and wrong. If one is adorned with this light, he or she is able to remove the gruesome darkness of ignorance, paving the way to generate boons not only for him but also for the rest of humanity. The aperture of humanity is the opening of know-how as the first man on the planet was enlightened by Al-mighty. 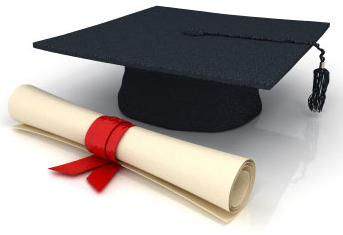 Hereafter, this worth-mentioning right aspect of humanity continues forward and gets finalized at the revelation of the last divine book. In this source of guidance, the scholars can learn variety of commandments that empha size on the learning and seeking of knowledge. Accordingly, it is stressed that learn from the men of knowledge if you are not among those who remain competent in it. The last messenger also urged his adherents to explore the mysteries of knowledge even if they are supposed to set for China in pursuit of knowledge.

Given the most significant and progressive aspect of humanity, the world embellishes with honor and prosperity to only those who take the pathways of knowledge. The perspective that the nations in history have risen by dint of knowledge, learning and exploration can be corroborated by the facts throughout the history when certain people had been on the culmination. I have defined four eras when the specific civilization emerged. Firstly, the Greeks rank among the pioneers in establishing the philosophy, the knowledge of reasoning, and introduced Aristotle and Socrates like bona-fide philosophers.

Significantly, Greek philosophy arose in the 6th century BCE and continued through the Hellenistic period. Accordingly, Socrates opened his eyes in Athens in the 5th century BCE. He is regarded as the architecture of the political philosophy. Plato is also an Athenian philosopher, mostly known by dint of the 36 dialogues and 13 letters ascribed to him, in which he is elaborating the concepts and ideas for the power sphere of life. Likewise, Aristotle in the quest of knowledge and learning left his native town for Athens in 367 BCE and was enrolled in the Plato's Academy. He is widely known as the critic of the earlier Greek philosophers, giving the art and philosophy new heights through the positive criticism.

Secondly, the Muslims as the second genealogy that served humanity in exploration of knowledge appear prominently on the horizons of this enlightenment. Their zenith in this field began with the aperture of the 8th century AD and lasted until the second half of the 17th century AD. In the said glorious era, research and exploration reached the apogee in the diverse fields and realms that range from the chemical reprocessing to the development of the academic theories. Accordingly, the Muslim meritorious personalities in the field of knowledge include Nizam al-Mulk (1015-1092), Jalal al-Din Hajee Pasha (d. 1417), Qazizadeh Rumi (d. 1440), Yusuf Mardani, Sharaf al-Din (1468), Ala al-Dīn Ali ibn Muhammed (astronomer), Mîrîm Çelebi (d. 1525), Admiral Seydi Ali Reis, etc.

The third region that stands prominent in learning is the western Europeans particularly the British in the era when they dominated the world politically, economically and technologically during the second half of the 19th and first half of the 20th century. In this phase, they rendered the candid services for introducing the modern knowledge to the modern world. They surpassed the world in inventing the steam-powered engine, vehicles and the most advanced naval vessels. The industrial revolution reveals the edified efforts made by the Europeans in an attempt to orient new ways for reprocessing of agricultural products, and the moldiness of the metallurgy. In England, Abraham Darby ii constructed two furnaces, Horsehay and Ketley, where the usage of modern metallurgy was introduced.

In the fourth era of learning throughout the human history, let me boldly give the honor of dominating the modern as well as contemporary world to the JEWS by dint of knowledge and learning. There are variety of internet-based materials scattered in magazines and journals that corroborate the perspective of dominance of JEWS in the entire spectrum of life all over the world through the knowledge, wisdom, learning and exploration of generating the alternative means of economy.

Finally, all those nations who lag behind in the cohort of the advanced nations are bound to reveall the darkness of ignorance and seize the reigns of learning, research and development if the honorable survivability as the esteemed nation is required.

Related Topic(s): Exploration; Learning, Add Tags
Add to My Group(s)
Go To Commenting
The views expressed herein are the sole responsibility of the author and do not necessarily reflect those of this website or its editors.