"She plans to proceed with her 'Open Schools/ rally being held this Saturday at 11 a.m. at Ted Watkins Park, where she's giving away free backpacks to the first 250 kids who attend."
- Speak Up 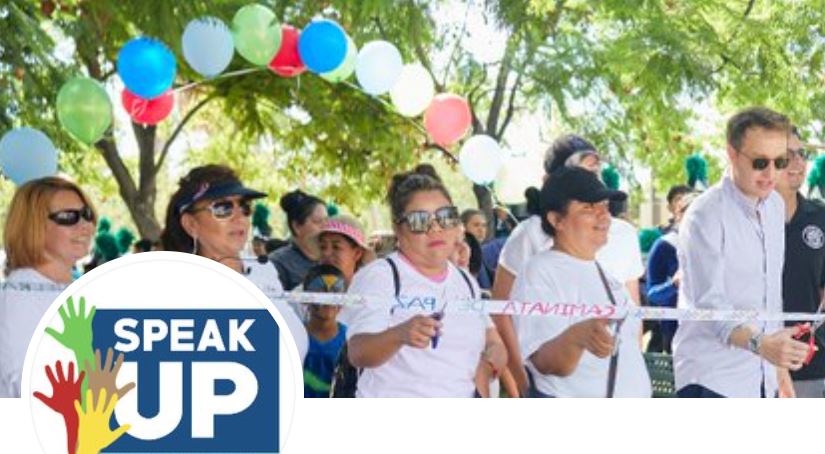 Nick Melvoin says that he is a Democrat, but his Astroturf group, Speak Up, advocates for issues that are decidedly not in line with the Democratic party. Through Speak Up, Melvoin promotes the privatization of public education, which was a plank in the last Republican party platform. The group is also strongly anti-union, at least when it comes to teachers' right to organize. As Trump pushed for a reopening of schools, even as COVID-19 cases surged, Speak Up joined his cause.

Acting as though Speak Up was an actual grass-roots organization and not funded by the Walton family's fortune, Los Angeles media has promoted the group's right-wing opinion that teachers were overstating the risk of the pandemic as they demanded that schools immediately reopen. When Melvoin's group released an unscientific internet poll about reopening campuses, the Los Angeles Times, the Los Angeles Daily News, LAist, and KPCC all presented it as if it were a representative sample of what parents actually wanted. A set of parents was paraded before the press without disclosing that they were members of Speak Up, or that the group supports charter schools and receives funding from the Walmart heirs, who have a long history of opposing unions and workers' rights.

When the teachers, parents, students, and other public-education advocates at Reclaim Our Schools L.A. released a report showing that coverage of the debate over reopening campuses by the Los Angeles Times "relied too heavily on voices from wealthier communities where support for reopening quickly is stronger", Speak Up's alliances became even more clear. These allies included Tucker Carlson on Fox "News," a network that has consistently downplayed the threat of the COVID-19 pandemic. Carlson attacked the study by claiming that the union had contacted a parent who had been quoted by the Times and "demands to know what race she is." In reality, the email actually said "could you tell me how you racially self-identify" and directed the parent to "please feel free to contact me if you have any questions about my project or intent." The email made no threat nor included any other wording that would indicate that there would be consequences if the parent did not answer the question.

The legitimacy of Reclaim Our Schools L.A.'s report is borne out by the number of parents who have indicated that they will keep their children at home when campuses reopen. District-wide, "about half of Los Angeles Unified students will not be returning to campus, based on early, partial results of a parent survey, with more wariness expressed in communities hard hit by COVID-19." Even Melvoin's Speak Up quotes one of their parents as saying that "she won't risk exposing her [child] to COVID-19 on the bus and in class" and "that COVID-19 has hit Latino families in L.A. especially hard." 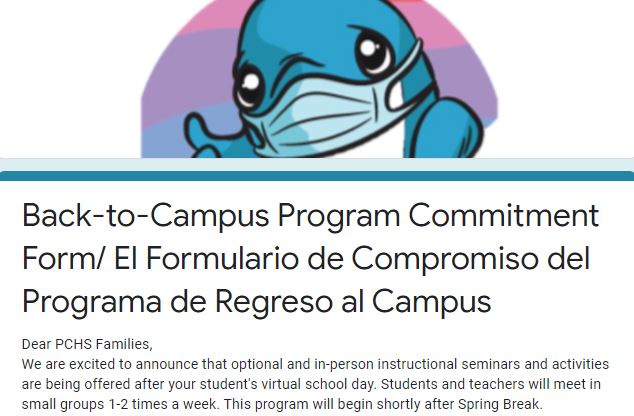 Ironically, Palisades Charter High School, the conversion independent charter that forms the base of Melvoin's support, has not returned to on-campus learning. Even after taking millions of dollars from the federal government in PPP loans and despite the fact that it is located in an area that has not been hit as hard by the effects of the pandemic, this school is using the distance-learning model. If Melvoin and Speak Up really believe that LAUSD schools should have already opened their campuses, why did they not push on PCHS to set the example?

Also, Speak Up itself has put its "parent workshops...on hold". Unlike the district, they are not even bothering to hold these classes on the Zoom School platform.

While Melvoin has long opposed UTLA, his disregarding the threat of COVID-19 and dismissing the concerns of teachers represents a new low, even for him. Teachers have worked throughout the closure to make the best of a difficult situation and to overcome the difficulties of distance learning. They did this while dealing with the effect of the pandemic on their own lives. Rachel Pando, an LAUSD elementary teacher, provides a representative sample by citing her own personal experience:

I lost my mother to COVID in August. My oldest daughter is able to understand that. She is terrified that she will lose me in the same way. She's my mask, hand sanitizer, and distance police. When I told her I would probably have to start teaching at school in a month or two, she had a panic attack. Going back for many of us, especially Brown and Black students is very scary and very personal. I think people are forgetting that teachers and students have suffered through COVID. That we've had traumatic events because of COVID.
"
Of course, I will return if that is what is decided. But just like I am expected to shield my students during a lockdown, I have resigned myself to the fact that I would lay down myself in order to save my students in any circumstance. This is done knowing that I am putting myself and my own children at risk.

They don't teach you this when you become a teacher. There is no "you will sacrifice your life"-101 course. But we do it. And we will continue to do it every time.
"
I will be back at school, internally terrified but externally working to make my students feel safe. I will also know that my own kids will be fearing each and every day that I don't get sick. That they don't have to endure the grief I had to endure by losing my mother.
"
I'm not trying to paint teachers as martyrs. Rather I'm trying to illustrate the battle inside us we face almost every day.
"
I've been hearing so many parents using equity as a reason why schools should open. The problem is that this is coming from white communities who are using Black and Brown children as leverage to get what they want. Black and brown communities have been the hardest hit and polls show they are not in support of opening schools.
"
Schools have been inequitable for...well forever. I've worked at schools with crumbling buildings, bug and rodent infestations, not enough books, not enough supplies, little if any technology, and a revolving door of teachers. Not once did I see parents from wealthier areas on the West Side who now say that they are fighting for "equity" take to the streets to fight for these schools. We haven't even been able to get two propositions passed in California to fully fund schools. I am angry that our Black and Brown children are being used as pawns only because it is convenient for some parents to "care" about their education now.

Carl Petersen is a parent, an advocate for students with special-education needs, an elected member of the Northridge East Neighborhood Council, a member of the LAUSD's CAC, and was a Green Party candidate in LAUSD's District 2 School Board race. During the campaign, the Network for Public Education (NPE) Action endorsed him, and Dr. Diane Ravitch called him a "strong supporter of public schools." For links to his blogs, please visit www.ChangeTheLAUSD.com. Opinions are his own.