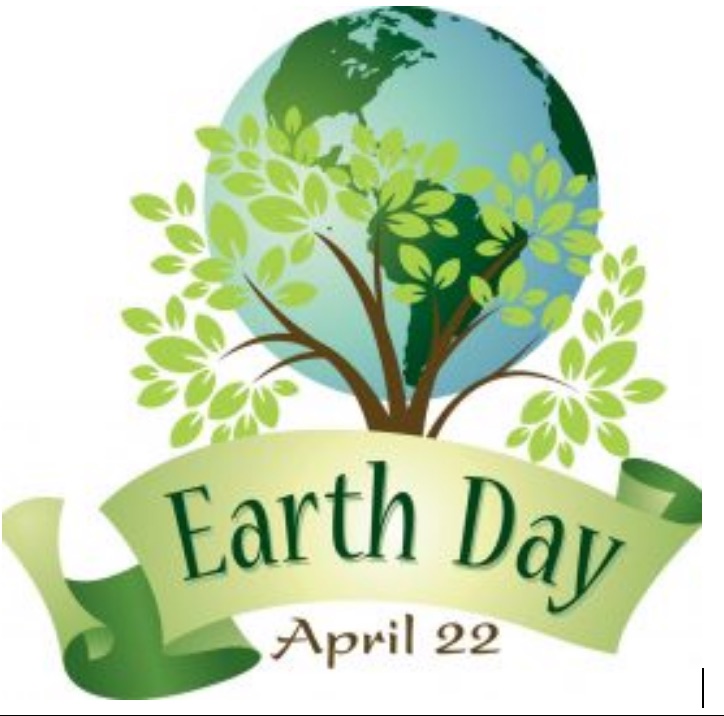 Earth Day turned 50 yesterday. Did anyone notice during the enforced corona virus lock-down which eliminated the - mostly corporate sponsored - crowds and resource-intensive events? It's beyond ironic that the CV shutdown of much of the economy did more to help the planet than all the Earth Day events put together ever could.

Our economic system is at the core of what needs to be fixed to have an Earth Day worthy of the name.

The author of this counterpunch article, Monetary Justice, goes in a different direction. He takes a deep dive into the history of money, not as thorough as, say, Stephen Zarlenga's 700-page tome, "The Lost Science of Money," but good and mostly accurate. I'll get to how this is the anti-Earth Day solution in a moment.

Rather than acknowledge the inherent corruption of the debt-money system, Kuzminski doubles down on it by proposing to democratize it through government issuance instead of bank issuance of debt-money. The recent Central Bank/Treasury faux merger is another actual attempt to keep the debt-money system going a bit longer. It might actually succeed, again, in kicking the can down the road, though I think what will happen is mass bankruptcies of non-corporate small businesses that supply over half the jobs in the country (actually, over 90% if one defines small businesses as any business with less than 100 workers).

Greenbacks, so named because the original Government-issued Civil War Greenbacks were dollars with a green back, not because of "green" movements, which were unknown back then, would be a massive improvement over the bank debt-money system, but that is not what's being offered by the powers-that-be. Instead, the Central Bank is being used as not just the lender of last resort, but as the resetter of the economy. Yesterday I read somewhere, unironically, that the Central Bank was supposed to handle getting America out of recessions, under its mandate to cure unemployment (in addition to inflation). Congress was proposed as a rump branch of government, able to do some "bailing out" - as if that was the only solution to recessions - but generally relegated to a back seat against those who didn't have to worry about messy democracy and understood the mechanics of money and economics better, supposedly the Central Bankers.

Left out of all of these discussions, including the article cited above, is the biggest creditor of them all, one that not only forms the ultimate basis of all wealth, but determines life and death itself through its granting of resources: Mother Earth.

Money without access to resources is just numbers, not even physical paper (the attempt to kill cash is another, possibly successful for a time, effort to entrench the debt-money system, by literally forcing people to consume before their credit-money expires, or becomes inflated away. Inflation, in limited amounts, is a good thing to a banker, since interest rates can always be set higher than inflation for the common borrower).

Land - in the classical Georgist and pre-20th Century classical economics sense, meaning ALL of nature's resources, including location, and pollution of it (a decrease in the value of Land) - is what an economy of the 21st century ought to be based upon. Instead we get a fiction where money is offered as the thing that is short, not resources, and as if all that had to be done is offer up more money, more fairly, more democratically, with less inequality, and all would be well. Well, that might work up to a point, for a time. But the Earth itself is getting tired of "coughing up" literally and figuratively, resources. Today, post 50th Earth Day, is the perfect time to realize this. There's even a good Michael Moore produced film, though not starring him this time, on the subject: Michael Moore Presents: Planet of the Humans | Full Documentary | Directed by Jeff Gibbs

It's very bleak, showing the nearly complete take-over by corporate interests of almost every environmental movement and leader, though there is some glimmer of realization and hope during the credit sequence at the end.

But the movie, like Moore's past efforts, does not dive deep enough to find solutions. In this case, that would be an economy based on resource use and abuse (e.g. pollution taxes). Without some connection to actual resources - not mined gold etc., the conection has to be to the things we actually need to live on, not a commodity that is specifically not an industrial necessity - money will become increasingly abstract and the consumer-based society will continue to ravage the planet until there is little left for the bulk of humanity. The signs of intense strain are everywhere, as obvious as humanity's meteoric rise in population and even higher increase in material consumption over just the last 200 years; Moore's movie makes this staggering rise clear too.

It's much easier to ignore this situation, like the drunk looking for his keys not for where they were lost, but under the streetlight, because the light is better there. Like the drunk, people try to solve what seems easier to solve - though it may not be in the long run - instead of what needs to be solved - which may look harder but is more meaningful in the long run.

I don't know if the latest reset will solve the current global economic crisis, not the virus one; a few million less mostly elderly and sick people would actually be an economic boon, in the cold hard reality of an economic system that pretends resources don't matter. After the Black Death that killed 1/3 of Europe, the laborers that remained saw a massive increase in wages, and society started to move towards the Enlightenment out of necessity to get more production out of fewer people. Pandemics have driven history a lot more than people like to admit. The misdirected Drunk problem, again. This virus won't be anything like that, however, though it has killed 1 in 800 New Yorkers, where I live.

Related Topic(s): Bankers; Bankers; Earth Day; Earth Day; Economic; Economics; Economy; Money, Add Tags
Add to My Group(s)
Go To Commenting
The views expressed herein are the sole responsibility of the author and do not necessarily reflect those of this website or its editors.