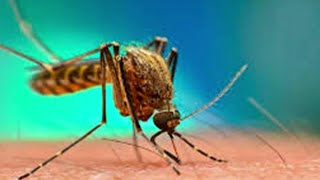 750 million modified mosquitoes to be released in Florida
(Image by YouTube, Channel: Click On Detroit | Local 4 | WDIV)   Details   DMCA
The enemies of life are breeding their own agents of ecological destruction aided and abetted by an incompetent EPA and a rubber-stamp government in Florida, which just gave unanimous approval for the release of hundreds of millions of genetically modified mosquitoes by a company with deep ties to Bill Gates, the US military, and Big Ag.

In a move sure to stun future generations should we survive long enough to have any seven Florida government agencies, including those charged with protecting its health, agriculture and environment, made a complete mockery of the trust afforded to them by the people of the state to oversee these vital matters and may have just pulled the trigger on a catastrophic environmental collapse.

The unanimous approval to allow the deployment starting the summer of 2021 of over 1.2 billion genetically modified mosquitoes in Key Haven, Monroe County, Florida over a period of two years could very well decimate a substantial part of Florida's natural flora and fauna, taking dozens of endangered species to the brink of extinction and irrevocably changing the habitat of the thousands of local birds, plants, amphibians and insects that make up Florida's ecology.

The go-ahead comes on the heels of a decision by Trump's EPA to green-light previously thwarted plans to release these airborne frankensteins in our environment without the slightest regard for the possible consequences. Ignoring the agency's own lukewarm assessments admitting some of the dangers, the EPA nonetheless violated mandated requirements of the Endangered Species Act (ESA) to approve the first-ever GE mosquito experiment in the United States.

Despite the EPA's criminal negligence in failing to follow mandated procedures, it was ultimately left to authorities in Florida to give their consent for this plan, which they gave in spades despite overwhelming opposition. A public forum held on this issue returned an incontrovertible verdict of 31,174 comments opposing the release and only 56 supporting it. This, however, seemed not to sway a single state agency when it came time to allow the deliberate invasion of a new, man-made mosquito into what is already one of the nation's most imperiled ecosystems.

The proposition had been made and withdrawn twice before. Once in 2016, when Oxitec Ltd. applied for an investigational new animal drug (INAD) with the FDA for its GE Aedes aegypti mosquito strain OX513A, a.k.a. "Friendly Aedes aegypti," the first of three strains of the so-called "Yellow Fever Mosquito." The UK-based company claimed that the mosquito release was "unlikely to impact the physical, biological, and human environment" and "that no cumulative impacts are anticipated." The application was withdrawn. The same fate befell their second application two years later when jurisdiction over the application had been switched over to the EPA.

Opposition from groups like the Center for Food Safety may only have been partially responsible for the application withdrawals, as a third one was submitted soon after the last one with a new strain denominated GE Aedes aegypti OX5034, which is differentiated from the prior strain by the characteristic that it only kills the female GE mosquitoes leaving the GE males to survive for multiple generations, according to Oxitec.

The stated purpose of the program is to "evaluate the efficacy of Oxitec's alternative second-generation OX5034 GE mosquitoes as a tool for suppression of wild Aedes aegypti mosquito populations." But, serious questions surrounding its effectiveness have already proliferated after the results of Oxitec's mosquito experiments in other countries.

In a 2015 press release, Oxitec claimed its trials in Brazil, Panama, Grand Cayman and Malaysia had resulted in a "90% reduction of the Aedes aegypti pest population." The same claim was made in a 2016 U.S. Congressional Hearing of the Science, Space and Technology Committee. But in fact, efficacy trials in Malaysia were abandoned and "major problems" were reported over how Oxitec interprets its data. In addition, no direct evidence has ever been produced to prove that the Oxitec GE mosquitoes caused a fall in the population of disease-carrying mosquitoes in any of these countries. In the Cayman Islands, female mosquito populations went up rather than down a fact discovered only after Oxitec's results were obtained through FOIA requests.

The same year of Oxitec's first application for release in the U.S., the company carried out its first large-scale trials in Piracicaba, Brazil and reported an "81% suppression of wild Aedes aegypti" in the second year of the trial. But, the same problems and fudged data that plagued the Grand Cayman reports were also identified and discredited many of the company's claims of success. Oxitec's claims for its earlier trials in Panama made claims similar to all others, but also failed to convince experts.

Florida has been in Oxitec's sights since 2011 when the company approached the Florida Keys Mosquito Control District after an outbreak of dengue fever a year earlier. Resistance to the idea of releasing genetically engineered insects into the wild was just as strong then. Nevertheless, Oxitec was touting false trial results in other countries to get the right government agencies involved. But, it didn't prosper at that time.

Fast-forward five years and Zika makes it first appearance, a new mosquito-borne disease that spread rapidly in Miami-Dade County, in particular, and coincided with Oxitec's first federal-level application. Opposition, however, remained strong and Oxitec would have to wait for an administration that was willing to overlook troublesome scientific concerns and regulations to give them a chance. Trump and his Koch-led EPA transition team provided just the right atmosphere for the UK biotech to finally achieve its horrific dreams.

Among the most immediate effects of this summer's scheduled release of Oxitec's GE mosquitoes will be a huge increase in the use of toxic, traditional mosquito control methods like adulticides and larvicides, which will place undue strain on the environment. But, the greatest danger is faced by the vast members of Florida's ecosystem from dozens of species of protected birds, reptiles, mammals and plants.

The Cape Sable seaside sparrow is a non-migratory bird whose native Florida habitat has been decimated by conversion of land to agricultural uses. The bird forages for insects and, like many other bird and animal species of the state, are opportunistic in their feeding habits, meaning that a large influx of new insects will most definitely end up in their digestive systems.

Another potential consequence is what is called "competitive displacement," which occurs when a large influx of a new species drives an existing one to population levels low enough that another invasive species, like the aforementioned dengue-carrying mosquito Aedes albopictus (Asian Tiger) or the West Nile virus-carrying mosquito Aedes albopictus, can proliferate in the region and pose even greater threats to both human and animal health.

Whitney Webb, a staff writer for The Last American Vagabond, has previously written for Mintpress News, Ben Swann's Truth In Media. Her work has appeared on Global Research, the Ron Paul Institute and 21st Century Wire, among others. She (more...)
Related Topic(s): Genetically Modified Mosquitoes; Genetically Modified Organism; Health, Add Tags
Add to My Group(s)
Go To Commenting
The views expressed herein are the sole responsibility of the author and do not necessarily reflect those of this website or its editors.

How the National Security State Is Using the Coronavirus Crisis

The Real Reason Why Blackstone Is Courting The Pentagon

Ukraine and the New al Qaeda

9/11 and the Politics of Fear and Self-Preservation