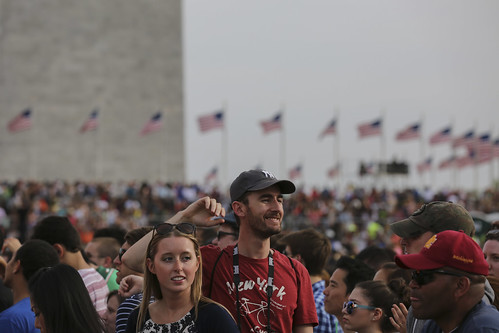 (This article was first published in The Greanville Post)

The liberal-middleclass is brain dead about the wars. They do not want to hear about war, speak about war or see war protesters.

Out of sight and out of mind, the USA has destroyed millions of minds, bodies, homes and lives forever. The indifference of the liberal-middleclass is mind boggling. Some sadistically see the images as entertainment and even beautiful displays of power.

I am still reeling from Earth Day and the March for Science. Where was the message that war is destroying the Earth? The Pentagon is the number one consumer of fossil fuels and the number one polluter of the Earth. Why was the Pentagon given a pass on Earth Day?

The liberal-middle-class's dishonest stupidity is to lie by omission and not confront war as the number one polluter. The Pentagon and militarism are the greatest danger to the Earth and every living creature on it. The world is racing headlong towards nuclear war and the liberal-middleclass is in deep denial.

Earth Day and the March for Science were more hypocrisy and feel good faux solidarity of concern for the Earth. Earth Day was carefully stage-managed to not offend or affect any change.

Earth Day was just a fun day. Those that attended appeared to be mostly liberal-middleclass families, couples, singles and students. It was a sterile showing of solidarity, with the bonus activity of hugging science. Science is worth hugging, but scientists were mum on Earth Day that the Pentagon, militarism and war are the number one threat to the Earth.

There were very few speeches, posters or demonstration against war. None of the "Top Ten Posters" were antiwar. Talking about war was a conversation stopper and spoiled the fun for others who just wanted to enjoy organic snacks, browse among sustainable gadgets and grandstand.

George Orwell wrote about the mind control effect of conformist demonstrations. They let the public blow off a little steam without any risk, and they reinforce the status quo. It also gives the Thought Police an opportunity to take names of anybody that does not conform.

Earth Day was like Orwell's two minutes of hate. Climate Change is the liberal-middle-class's hated Emmanuel Goldstein. Big Brother and the main stream media know how to co-opt dissent and make it meaningless, while letting the people feel relevant and powerful. Real protests and real power of the people are brutally crushed by the police state.

Any act considered unpatriotic was discouraged during Earth Day. There was no mourning for the millions of people the USA has slaughtered in the past couple of decades. There was no mention of the USA poisoning South Asia with uranium and burn pits billowing out a smorgasbord of carcinogenic chemical pollution.

There was no scientific discussion of the poisonous ingredients in the Mother of All Bombs and the pollution caused by war. No discussion of nuclear winter, radiation sickness, and mass starvation from a nuclear war. Nor were there any pledges by scientists not to work for the military industrial complex.

Related Topic(s): Anti-war; Climate Change; Earth Day; Pentagon; Protest; Science; Sewage, Add Tags
Add to My Group(s)
Go To Commenting
The views expressed herein are the sole responsibility of the author and do not necessarily reflect those of this website or its editors.