Beijing is, little by little, extending its influence not only inside the EU but inside the NATO space. 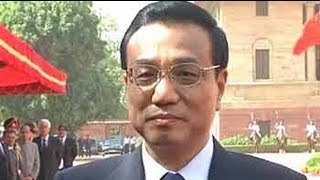 Facing China's irresistible rise all across the chessboard, and under relentless US pressure, the not exactly democratic EU leadership is on a backbreaking exercise to position itself between a geopolitical/geoeconomic rock and a hard place.

The 28-member EU holds a crucial meeting next week in Brussels where it may adopt a 10-point action plan detailing, in a thesis, the terms of an equitable economic relationship with China going forward.

This will happen as Chinese President Xi Jinping visits Italy and then France -- ahead of the very important, annual China-EU summit in Brussels on April 9, to be co-chaired by Chinese Premier Li Keqiang.

That's the crucial context under which the European Commission (EC) has recommended what it describes as 10 concrete "actions" to the EU Heads of State for their debate at the European Council on March 21 and 22.

The full report, EU-China -- A Strategic Outlook, is here.

The EC shows how in 2017 -- the latest available figures -- the EU was "China's largest partner with a share of 13% of imports of goods in China and a share of 16% of exports of goods from China." At the same time, the EC stresses that China is an "economic competitor" and "a systemic rival promoting alternative models of governance."

Yet the EC's "contribution" to the European Council debate next week is far from confrontational. It is a balancing act couched in Eurocratic terminology attempting to shape common "resolve" among the 28 member-states.

Coming from the EC/EU, support for "effective multilateralism with the United Nations at its core" is the norm -- with China fully integrated.

Beijing is praised for its support for the Iran nuclear deal, its role in the denuclearization of North Korea, its upcoming role in the peace process in Afghanistan and tackling the Rohingya crisis in Myanmar. The real problem, predictably, is China's maritime claims in the South China Sea.

Virtually no one apart from Brussels Eurocrats knows about the existence of an "EU Strategy on Connecting Europe and Asia." That's one of those joint communique's that no one reads, issued late last year, "enabling the Union to seek synergies between the EU and third countries, including China, in transport, energy and digital connectivity, on the basis of international norms and standards."

Curiously, in the EC report, there's no mention whatsoever of the New Silk Road, or Belt and Road Initiative (BRI) -- which happens to be China's synergy master-plan for the whole of Eurasia. We could define it as Globalization 3.0.

On the other hand, Made in China 2025 is duly referenced -- and not demonized, Trump administration-style.

Related Topic(s): China Investment Corp; China Politics; Huawei, Add Tags
Add to My Group(s)
Go To Commenting
The views expressed herein are the sole responsibility of the author and do not necessarily reflect those of this website or its editors.