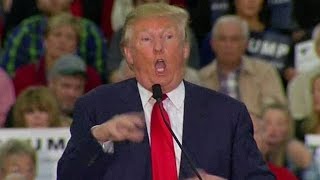 Tuesday night is Trump's State of the Union speech. Nobody knows exactly what he will be discussing, but I'm absolutely certain what he will NOT be talking about.

He will surely not be apologizing for the many lies he told American voters: how he promised to defend the interests of working people, but then sold them out to Wall Street and the billionaire class.

During his campaign he promised to provide health care to "everybody," but then supported legislation which would have thrown 32 million Americans off of the healthcare they had. Although we managed to stop his effort to repeal the Affordable Care Act, 3.2 million fewer Americans today have health insurance than when Trump first came into office, and millions more will lose their health insurance as a result of the repeal of the individual mandate.

During his campaign he promised to pass tax reform legislation designed to help the middle class. The legislation that he signed will, at the end of 10 years, provide 83 percent of the benefits to the top 1 percent, drive up the deficit by $1.7 trillion and raise taxes for millions of middle class families.

During his campaign he promised to take on the outrageously high prices of the pharmaceutical industry which, he told us, was "getting away with murder." Then, as president, while drug prices continue to soar, he appointed a drug company executive as Secretary of Health and Human Services who worked to triple insulin prices.

During his campaign he promised to take on the greed of Wall Street, but then proceeded to appoint more Wall Street titans to high positions than any president in history. Now, with Wall Street firmly behind him, he is trying to repeal the modest provisions of the Dodd-Frank legislation which provide some consumer protections against Wall Street thievery.

Trump will also not be talking about the role that he has played in significantly lowering the respect that people all over the planet have for the United States. Once, not so many years ago, we were considered to be the political and moral leader in the world, the country most admired. Now, according to a recent Gallup poll, since Trump has been president median approval of U.S. leadership plummeted to 30 percent, down from 48 percent in 2016.

Trump will not talk about his efforts to undermine democracy in the United States and his support for authoritarianism abroad. He will not mention his encouragement to Republican governors to accelerate efforts for voter suppression, and his admiration for the leaders of countries like Russia, Saudi Arabia and the Philippines.

Trump will not talk about his belief that climate change is a "hoax," and his appointment of agency leaders who are undermining our ability to move toward sustainable energy and protect the environment.

Trump will not talk about how he is the first president in modern history who is intentionally trying to divide this nation up based on race, religion, gender, sexual orientation or nation of origin. He will not be mentioning his overt and covert efforts to win the support of white supremacists.

And on and on it goes. I suspect that there will be a lot more interest in what Trump will NOT be talking about in his speech than what he will discuss..

I don't have to tell you what you already know.

The very bad news is that Donald Trump is president of the United States and he is pushing the most dishonest, reactionary and divisive agenda in modern American history.

There is good news, however. And that is that, in an unprecedented way, we are witnessing a revitalization of American democracy with more and more people standing up and fighting back. We are seeing the growth of grassroots organizations and people from every conceivable background starting to run for office -- for school board, city council, state legislature and Congress.

And these candidates, from coast to coast, are standing tall for a progressive agenda: Medicare for All, a $15 an hour minimum wage, free tuition at public colleges and universities, transformation of our energy system away from fossil fuels, a woman's right to choose and pay equity, progressive taxation, fair trade, criminal justice and immigration reform and much more.

Related Topic(s): Donald Trump Lies; State Of The Union Speech; Trump Ego; Trump Insults, Add Tags
Add to My Group(s)
Go To Commenting
The views expressed herein are the sole responsibility of the author and do not necessarily reflect those of this website or its editors.