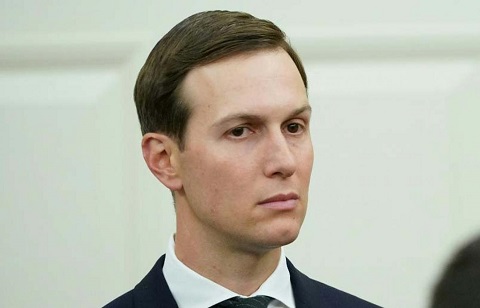 Maybe something good will come out of the Trump plan, after all. By pushing the Middle East peace process to its logical conclusion, Donald Trump has made crystal clear something that was supposed to have been obscured: that no US administration has ever really seen peace as the objective of its "peacemaking".

The current White House is no exception it has just been far more incompetent at concealing its joint strategy with the Israelis. But that is what happens when a glorified used-car salesman, Donald Trump, and his sidekick son-in-law, the schoolboy-cum-businessman Jared Kushner, try selling us the "deal of the century". Neither, it seems, has the political or diplomatic guile normally associated with those who rise to high office in Washington.

During an interview with CNN's Fareed Zakaria this week, Kushner dismally failed to cloak the fact that his "peace" plan was designed with one goal only: to screw the Palestinians over.

The real aim is so transparent that even Zakaria couldn't stop himself from pointing it out. In CNN's words, he noted that "no Arab country currently satisfies the requirements Palestinians are being expected to meet in the next four years including ensuring freedom of press, free and fair elections, respect for human rights for its citizens, and an independent judiciary."

Related Topic(s): Donald Trump; International; Israel; Israel And Palestine; Israel-Palestine Peace Talks; Jared Kushner; Palestine Statehood; Palestine_and_Israel; Palestinian; Peace; (more...) Trump Peace Plan, Add Tags  (less...)
Add to My Group(s)
Go To Commenting
The views expressed herein are the sole responsibility of the author and do not necessarily reflect those of this website or its editors.