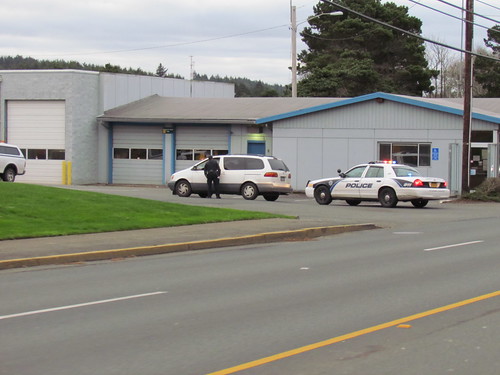 If you're nervous about traffic stops, you have every reason to be.

Trying to predict the outcome of any encounter with the police is a bit like playing Russian roulette: most of the time you will emerge relatively unscathed, although decidedly poorer and less secure about your rights, but there's always the chance that an encounter will turn deadly.

According to the Justice Department, the most common reason for a citizen to come into contact with the police is being a driver in a traffic stop.

On average, one in 10 Americans gets pulled over by police.

Indeed, police officers have been given free range to pull anyone over for a variety of reasons.

This free-handed approach to traffic stops has resulted in drivers being stopped for windows that are too heavily tinted, for driving too fast, driving too slow, failing to maintain speed, following too closely, improper lane changes, distracted driving, screeching a car's tires, and leaving a parked car door open for too long.

Motorists can also be stopped by police for driving near a bar or on a road that has large amounts of drunk driving, driving a certain make of car (Mercedes, Grand Prix and Hummers are among the most ticketed vehicles), having anything dangling from the rearview mirror (air fresheners, handicap parking permits, troll transponders or rosaries), and displaying pro-police bumper stickers.

Incredibly, a federal appeals court actually ruled unanimously in 2014 that acne scars and driving with a stiff upright posture are reasonable grounds for being pulled over. The Fifth Circuit Court of Appeals ruled that driving a vehicle that has a couple air fresheners, rosaries and pro-police bumper stickers at 2 MPH over the speed limit is suspicious, meriting a traffic stop.

Equally appalling, in Heien v. North Carolina, the U.S. Supreme Courtwhich has largely paved the way for the police and other government agents to probe, poke, pinch, taser, search, seize, strip and generally manhandle anyone they see fit in almost any circumstance allowed police officers to stop drivers who appear nervous, provided they provide a palatable pretext for doing so.

In other words, drivers beware.

Traffic stops aren't just dangerous. They can be downright deadly.

Remember Walter L. Scott? Reportedly pulled over for a broken taillight, Scottunarmedran away from the police officer, who pursued and shot him from behind, first with a Taser, then with a gun. Scott was struck five times, "three times in the back, once in the upper buttocks and once in the ear with at least one bullet entering his heart."

Levar Jones was stopped for a seatbelt offense, just as he was getting out of his car to enter a convenience store. Directed to show his license, Jones leaned into his car to get his wallet, only to be shot four times by the "fearful" officer. Jones was also unarmed.

Sandra Bland, pulled over for allegedly failing to use her turn signal, was arrested after refusing to comply with the police officer's order to extinguish her cigarette and exit her vehicle. The encounter escalated, with the officer threatening to "light" Bland up with his taser. Three days later, Bland was found dead in her jail cell.

Keep in mind, from the moment those lights start flashing and that siren goes off, we're all in the same boat. However, it's what happens after you've been pulled over that's critical.

Related Topic(s): Police; Police Brutality; Stop And Frisk; Stop And Frisk, Add Tags
Add to My Group(s)
Go To Commenting
The views expressed herein are the sole responsibility of the author and do not necessarily reflect those of this website or its editors.