Copyrighted Image? DMCA
You've got to hand it to Christofascists and Right Wingnuts - they scream and rant and explode and stomp and faint and cry, well, they're just the greatest emoting animals on the planet! Their rhetoric makes every day Halloween with images of political demons and hellish moral catastrophes. They defend us all (yes, the sinners too!) with buzzwords that sting their enemies, like "God" "Bible" "Hell" "Satan" "Taxes" and "Tinky Winky!" They expand hyperboles, sometimes going on into infinity: "Throughout the history of mankind!" "They'll burn in hell - FOREVER!" "Your children and your children's children and their children's children will never, ever see the end of paying for this disastrous bill!" 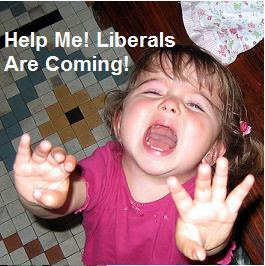 (Image by Unknown Owner)   Details   DMCA
They have deep-seated persecution complexes and are the biggest source of conspiracy theories. Meeting Democrats at a party makes them spout doom and gloom: they will never again see the return of Eisenhower's 50's or Reagan's 80's! Things were so much, much better!

Now a new poll conducted by Research 2000 released today shows us that:

39% of Republicans want President Obama to be impeached.

63% think Obama is a socialist.

52% do not believe Obama was born in the United States.

53% think Sarah Palin is more qualified than Obama to be president.

23% want to secede from the United States.

73% think gay people should not be allowed to teach in public schools.

31% want contraception to be outlawed

The last several weeks were particularly active and agitating weeks for Christofascists: the Prop 8 trial and, well, just about everything else.
The first one may not be classified as a "rant" because it's more like severe contempt, but it gets the party started:

My guess is that Haiti's so screwed up because it wasn't colonized long enough.

Then, of course, there was Maggie Gallagher of NOM:


When this trial [Prop 8] began I told you: gay marriage activists were putting 7 million Californians on trial. But this week it got worse: They are clearly putting Christianity itself on trial. Why else have an expert read statements of Catholic and Southern Baptist doctrines into the record?

And Tony Perkins of Family Research Council showed us that when you're feeling frustrated and desperate, it's time to call the other side DESPERATE!

The Desperation of the Left
January 22, 2010 | Share with Friends

The Left is preparing a desperate 120-day ASSAULT on your values to appease its CULTURE OF DEATH, ANTI-MARRIAGE political base before the 2010 election campaigns begin.

And Family Research Council (FRC) is preparing to meet that BLITZ head-on.

And from another part of the globe, we have a drama queen's rant coming from the new archbishop of Belgium, Andre-Joseph Leonard:

"Homosexuality is not the same as normal sex in the same way that anorexia is not a normal appetite."

Rev. Dan Vojir is has been writing/blogging on religion and politics for the better part of ten years. A former radio talk show host (Strictly Books " Talk America Radio Network) and book publisher, Dan has connected with some of the most (more...)
Related Topic(s): Acorn; Democratic Socialism; Family Research Council; Human Rights; Life-Home-Family; Proposition 8; RIght Wing Lies; Republican In Name Only; Republican Whining; Republican-slime-machine; (more...) Republicans Against Women Rights; Right Wing Spin; Same-sex Marriage; Sarah Palin Records; Sex Education; Sexism, Add Tags  (less...)
Add to My Group(s)
Go To Commenting
The views expressed herein are the sole responsibility of the author and do not necessarily reflect those of this website or its editors.