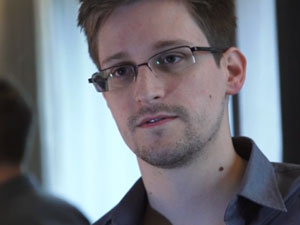 Whistles are blowing all over the place, Truthseekers, which is a good sign for freedom-loving Americans who believe government secrets only damage our security, not strengthen it. But it may be bad news for the brave souls who risk receiving the "Manning Treatment" for their efforts to pursue open, honest, truthful government practices.

Edward Snowden, a former CIA employee, has "outed" himself as the man responsible for disclosing the Obama administration's questionable invasions into the privacy of our telephone conversations and Internet transactions. He is a young man, at 29, and bears a slight physical resemblance to Private Bradley Manning, drawing a more than obvious comparison. Unlike Manning, however, Snowden is not subject to military action and has sought asylum in Hong Kong, and is perhaps headed to Iceland.

"A day after former intelligence worker Edward Snowden outed himself as the man responsible for leaking details of U.S. surveillance programs, White House spokesman Jay Carney defended the administration's stance on the initiatives, calling them a necessary middle way between total privacy and unacceptable threat.

"He said President Barack Obama would be willing to consider changes should a national debate show the public wants them. But, he wryly noted, 'This is not the manner by which he hoped to have the debate.'

"Meanwhile, the world continued to digest what Snowden had to say in a Guardian newspaper interview published Sunday about the reasons for leaking the classified information.

"Snowden, 29, acknowledged in the interview that he was the source of leaks detailing U.S. surveillance programs that collect records on domestic telephone calls and overseas Internet activity in the global hunt for terrorists and criminals.

"The former CIA employee who most recently worked for the computer consulting firm Booz Allen Hamilton -- which was working with the National Security Agency -- said he did it to end what he sees as an excessively intrusive surveillance system, the Guardian reported.

"'The government has granted itself power it is not entitled to. There is no public oversight. The result is people like myself have the latitude to go further than they are allowed to,' he told the paper.

"On Thursday, the Guardian and the Post disclosed the existence of PRISM, a program they said allows NSA analysts to extract the details of people's online activities -- including 'audio and video chats, photographs, e-mails, documents' and other materials -- from computers at Microsoft, Google, Apple and other Internet firms."

Watch your back, Truthseekers. And your email and phone conversations. Orwell's 1984 is upon us, and O'Brien maybe waiting just around the corner . . .

Kathy never expected a career in radio as a talk show producer. Born and raised in Atlanta, Georgia, Kathy was completing her nursing degree when in 2001 - in an emergency - she was asked to fill in as the producer of Mike's program. Within a few (more...)
Related Topic(s): Computers; Edward Snowden; Guardian; Prism; Surveillance; Whistleblowers-ing, Add Tags
Add to My Group(s)
Go To Commenting
The views expressed herein are the sole responsibility of the author and do not necessarily reflect those of this website or its editors.