Why are Democrats still fighting the Battle of 2016? Aren't there better things to argue about? As it turns out, there are. 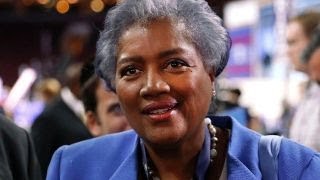 Democrats are fighting again. The trigger this time is former Democratic National Committee Chair Donna Brazile's forthcoming book, which says that Hillary Clinton's campaign was given significant control over the DNC long before she became the party's nominee.

It's easy to be cynical about the tone Brazile adopts as she tells her story. She's shocked, shocked, to learn that money and insider connections wield undue influence inside her party's establishment. And she's quick to pronounce the DNC innocent of actions, including her own, that are already widely known.

Still, Brazile is right on the particulars. And it's hard not to admire her courage, book promotion or not, given the intensity of the attacks she knew she would face.

But the big question is, why are Democrats still fighting the Battle of 2016? Aren't there better things to argue about? As it turns out, there are.

The weekend was filled with claims and counter-claims, revelations and counter-revelations. Here's what's known as of this writing: The Clinton campaign organization, Hillary For America (HFA) ,signed a Joint Fundraising Agreement and at least one other agreement giving it significant influence over the DNC's hiring, budget, and strategy.

Claims that the Clinton team's authority was limited to the general election appear to be false. While the document carried a legal disclaimer to that effect, attorney Brendan Fischer of the Campaign Legal Center commented that this clause is "contradicted by the rest of the agreement." Fischer also pointed to a provision in the agreement that, in his words, meant "Clinton controlled every communication mentioning a primary candidate."

Clinton's defenders argued that the Sanders team was also offered a joint fundraising deal, but it was quickly revealed that the Clinton campaign executed a separate side agreement with DNC granting it oversight powers. As NPR points out, that agreement was executed while Joe Biden was still considering a run.

Sanders campaign manager Jeff Weaver denies it was offered the same veto power over staff. An email from an attorney representing the DNC, Graham Wilson of Perkins Coie, states only that "DNC staff would be happy to chat with the Sanders team and come to an understanding about the best way to use ... funds to prepare for the general election at the DNC."

The September 2015 email says that "the DNC has had similar conversations with the Clinton campaign and is of course willing to do so with all." In fact, the Clinton deal had already been signed.

Perkins Coie represented both the Clinton campaign and the DNC when that email was written.

Some people will be outraged at this interpretation of events. In the progressive world, as in society at large, we seem incapable of sharing a common interpretation of facts and reality. The arguments will continue.

If I had the power, I'd press a "pause" button on the social media universe and ask everyone in this fight: What are we trying to accomplish here?

Democrats keep saying, "Don't re-litigate the past." This time around, I couldn't agree more. Let's litigate the future instead.

Related Topic(s): Billionaires; Democrats Progressive; Donna Brazile; Money; Policies; Reform, Add Tags
Add to My Group(s)
Go To Commenting
The views expressed herein are the sole responsibility of the author and do not necessarily reflect those of this website or its editors.