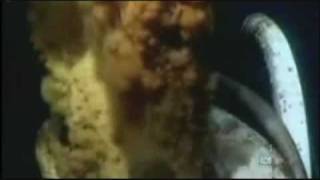 On April 22, 2016 -- exactly two years ago today -- President Obama's Secretary of State John Kerry and leaders from 174 other countries signed the Paris Agreement on climate change. It was an important day for our country and our planet.

And then a year later, Donald Trump sold out to Big Oil and Big Coal by withdrawing from that historic agreement -- embarrassing our country and surrendering our country's climate leadership on the world stage.

It's bad enough that EPA Director Scott Pruitt and the Trump administration deny the existence of climate change. They're also threatening to make things worse, with a reckless plan to expand offshore drilling to 90% of United States coastal waters.

Here in Massachusetts, an unprecedented expansion of offshore drilling would endanger hundreds of thousands of jobs that depend on the health of our oceans. There's shipping in and out of Boston, fishing from Gloucester to New Bedford, and tourism and small businesses on Cape Cod, Martha's Vineyard and Nantucket.

Make no mistake: This is another blatant giveaway to Big Oil that puts America's working families at risk.

It wasn't so long ago that the BP Deepwater Horizon Oil Spill unleashed one of the worst environmental disasters in human history.

Nearly five million barrels of oil gushed into the ocean, contaminating more than 1,300 miles of coastline and nearly 70,000 square miles of surface water. Millions of birds and marine animals died from exposure to the oil and to other toxic chemicals. Thousands of people who worked in the Gulf fishing industry lost their jobs, and the spill devastated the Gulf's coastal tourism economy.

After the BP oil spill, working families and small businesses paid the price. We can't risk repeating that history in Massachusetts, or anywhere else in the country.

But that's exactly what could happen under Donald Trump's plan. He's already started rescinding key safety regulations designed to protect our coastlines from another BP-scale disaster.

For example, in 2016 the Bureau of Safety and Environmental Enforcement implemented new rules to require independent, third-party certification of safety devices on oil rigs. Not a bad idea to get someone independent to take a look at oil rigs before people put their lives at risk and hundreds of thousands of people could lose their livelihoods if an accident occurred.

Not a bad idea -- but the Trump administration decided it was an "unnecessary... burden" on industry.

I'll just be blunt: Under Donald Trump's plan, Big Oil would get to stuff their pockets, and coastal towns will carry all the risk. That's not how government is supposed to work.

I'm not holding my breath for Earth Day to inspire Donald Trump and his Big Oil friends to do some good for the planet. It's up to all of us to fight back -- and throw everything we've got into leaving a livable world to our children and grandchildren.

Sign our Earth Day petition, and tell the Trump administration that you oppose their reckless to plan to dramatically expand offshore drilling.

Related Topic(s): Climate; Oil; Oil Drilling Platforms In The Gulf; Oil Plumes; Oil Spills; Trump Against Climate Change, Add Tags
Add to My Group(s)
Go To Commenting
The views expressed herein are the sole responsibility of the author and do not necessarily reflect those of this website or its editors.