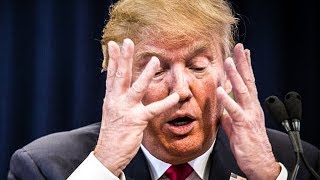 It shapes his language, politics and policies.

He revels in a public discourse that threatens, humiliates and bullies.

He has used language as a weapon to humiliate women, a reporter with a disability, Pope Francis and any political opponent who criticizes him. He has publicly humiliated members of his own cabinet and party, including Attorney General Jeff Sessions and a terminally ill John McCain, not to mention the insults and lies he perpetrated against former FBI Director James Comey after firing him.

Trump has humiliated world leaders with insulting and belittling language. He not only insulted North Korean leader Kim Jong-un with the war-like moniker "Rocket Man," he appeared before the United Nations and blithely threatened to address the nuclear standoff with North Korea by wiping out its 25 million inhabitants.

He has attacked the mayor of San Juan, Puerto Rico for pleading for help in the aftermath of a hurricane that has devastated the island and left many Puerto Ricans without homes or drinking water.

Related Topic(s): Brutality; Cruelty; Suffering; Trump Ego; Trump Mental State, Add Tags
Add to My Group(s)
Go To Commenting
The views expressed herein are the sole responsibility of the author and do not necessarily reflect those of this website or its editors.