It is possible that just one Republican vote could be enough (in combination with Democrats) to prevent a lurch to the right. 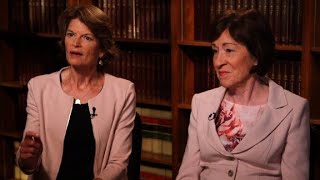 Donald Trump, the weak and frightened president who makes his most important decisions based on lists provided to him by right-wing zealots and his corporate overlords, plans to name a nominee to replace Justice Anthony Kennedy on the US Supreme Court on July 9.

Mitch McConnell, the calculating US Senate majority leader who delayed deliberations on President Barack Obama's legitimate Supreme Court pick in order to steal a place on the bench, will put the confirmation of Trump's pick on a legislative fast track.

Trump and McConnell will try to overwhelm opposition with a shock-and-awe strategy that relies entirely on fostering a sense that their attempt to redefine the judicial branch of the federal government cannot be stopped.

But it can be stopped. This is the essential understanding that must be embraced by Americans who, in these unsettled times, seek to maintain the rough outlines of a system of checks and balances. Trump's nominee must be approved by McConnell's Senate.

The majority leader will, of course, break every rule in order to thwart Democratic opposition. He will, as well, employ sly backroom strategies to pressure the Senate's 51 Republicans to vote for the nominee Trump is expected to select from the vetted list of 24 judges (and Utah Republican Senator Mike Lee) that was assembled for him by political strategists for the special-interest groups that seek to forge an activist majority on a Supreme Court that can then dismantle essential protections for civil rights and civil liberties while increasing the power of corporations. No mystery there.

Trump and McConnell can be stopped. This is the essential understanding that must be embraced by Americans who are determined to maintain the rough outlines of a system of checks and balances.

But McConnell is not guaranteed to get the 51 votes he needs. He may not even get to 50 -- the magic number that would allow Vice President Mike Pence to cast the tie-breaking vote for transformation of the high court.

Related Topic(s): Confirmation; Democratic; McConnell-Mitch; Opposition; Republican; Supreme Court Justice Anthony Kennedy; Supreme Court Pick; Trump Bully In Chief, Add Tags
Add to My Group(s)
Go To Commenting
The views expressed herein are the sole responsibility of the author and do not necessarily reflect those of this website or its editors.