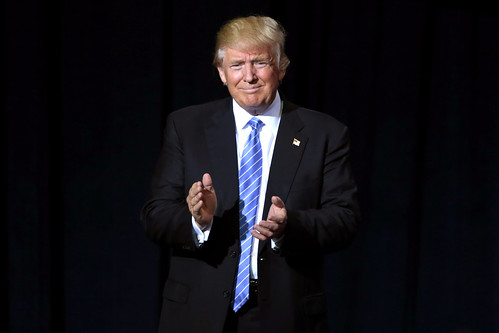 The speech by Donald Trump posted on his personal Facebook page Wednesday afternoon was a declaration of war on American democracy. It was a scarcely veiled call for a right-wing insurrection to overthrow the election results and maintain in the White House a president who has been repudiated by the American people.

The 46-minute diatribe, which Trump called "the most important speech I've ever made," embraced all the bogus charges of vote fraud, ballot-stuffing and the use of computer software to "switch" votes promoted by Trump lawyers Rudy Giuliani, Jenna Ellis and Sidney Powell over the past three weeks. These allegations have been laughed out of court for lack of any shred of evidence, in state after state, by Republican and Democratic judges alike.

Trump declared that the November election was "rigged" and demanded that the US Supreme Court intervene to overturn the results in all the battleground states, declare him the winner, and award him their electoral votes and thus a second term as president.

However, the main purpose of the speech, which brands the Democratic Party and most state election officials as criminals, was to incite Trump's most fervent followers to stage violent attacks against anyone targeted by the would-be fuhrer in the White House. Denouncing those who "desire to hurt the president of the United States," Trump demanded that "something should happen." He added, "These entrenched interests oppose our movement, because we put America first."

The language of the speech, and its sweeping and anti-democratic line of argument, suggest that it was written by Stephen Miller, the spearhead of Trump's war on immigrants, perhaps with an assist from Steve Bannon, Trump's former top political counselor. Miller and Bannon have been the leading advocates for Trump to transform the Republican Party into an openly fascistic movement, with himself as its boss, whether inside or outside the White House.

White House officials indicated that Trump recorded the speech last week, before Attorney General William Barr, one of his most obedient political servants, conceded in an interview Tuesday: "To date, we have not seen fraud on a scale that could have effected a different outcome in the election." That admission alone demonstrates that Trump's speech was devised on the principles of Hitler and Goebbels: the bigger the lie, the better.

The timing of the speech's release was significant. It came barely 24 hours after a press conference where a top Georgia election administrator, a longtime Republican loyalist, made an extraordinary public denunciation of Trump personally, blaming him for mounting threats of violence. Gabriel Sterling cited the noose left at the home of one election IT worker and thousands of death threats directed at Secretary of State Brad Raffensperger, Raffensperger's wife, Sterling himself and many others involved in counting and tabulating votes in the state.

Sterling's comments blamed Trump explicitly. "Mr. President, you have not condemned this language or these actions," he said. "This has to stop." He also denounced Georgia's two Republican senators, who have both called for Raffensperger's resignation and backed Trump's attack on Georgia's conduct of the Nov. 3 election.

"Senators, you have not condemned this language or these actions," he said. "Stop inspiring people to commit potential acts of violence." Sterling said Trump appeared to have lost Georgia's 16 electoral votes -- he trails Biden by about 13,000 votes after two recounts -- while the two Republican senators each failed to gain a majority and will face Democratic challengers in a runoff election on Jan. 5.

In the context of this criticism, which dominated US media coverage of the election aftermath for 24 hours, Trump's Facebook speech has a clear meaning: he is deliberately encouraging the violence against which Sterling and other officials have warned.

There is a dialogue taking place between the criminal in the White House and his most violent and reactionary followers outside it. On Tuesday, the Washington Times, the ultra-right daily newspaper in the US capital, published a full-page ad purchased by an Ohio-based fascist group, the We The People Convention, calling on Trump to declare martial law and order a new election under the supervision of the US military.

The ad denounced the "threat to our United States by the international and domestic socialist/communist left," warned of the existence of "well-funded, armed and trained marxists in ANTIFA and BLM strategically positioned in our major cities," and denounced the election as "corrupt and provably fraudulent."

Patrick Martin writes for the World Socialist Website (wsws.org), a forum for socialist ideas & analysis & published by the International Committee of the Fourth International (ICFI).
Related Topic(s): Donald Trump Lies; Donald Trump Narcissist; Facebook; Revolt; Speech; Trump Crime; Trump Cult; Trump Threats, Add Tags
Add to My Group(s)
Go To Commenting
The views expressed herein are the sole responsibility of the author and do not necessarily reflect those of this website or its editors.