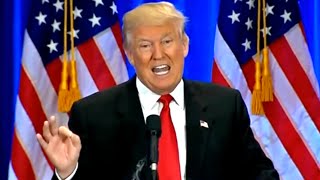 In the Sunday, September 10, issue of the New York Times (NYT) there are two editorials that have to do with Donald Trump and his supporters. One is entitled "The Trump Fever Never Breaks" and the other is "President Trump's War on Science." As we will see, the two pieces actually address different aspects of a single evolving phenomenon. However, we will examine each in turn and tie them together as we go.

The piece on Trump fever was written by Katy Tur, a correspondent and anchor for NBC. She covered Trump for "500 days" running up to his election and notes that "his supporters were tired of everything except him. And that is still true." The sense she got, and obviously still has, is that Trump's base will never abandon their man no matter how much he lies or fails to deliver on his promises. Even occasional contradictory behavior on his part is not a fatal problem -- for instance, Trump's recent double-dealing with the Democrats over immigration. If Tur is right, Trump's core supporters will just rationalize it away.

We can estimate how many of these core supporters there might be. As of early September, Trump's approval rating was 37% of the voting public. There are about 200 million Americans who are registered to vote, but on a good day just half -- often less -- actually show up at the polls. For the sake of argument, let's say the 37% is of the 100 million who may actually vote. That puts Trump's base, the ones Tur is writing about, at roughly 37 million. That is a pretty big number of folks who are so enamored of Donald Trump that, to use his own words, "I could stand in the middle of 5th Avenue [in New York City] and shoot somebody and I wouldn't lose any voters."

Is that really the case? Can that many people collectively suspend rational judgment about a leader more or less permanently? Historically, the answer is certainly yes. And, it is certainly not a uniquely American phenomenon. In any given population you will have a percentage who see themselves as alienated from the main facets of culture. These are people adrift, who no longer feel affinity with the prevailing political structure. They are, in their own eyes, abandoned by society -- and deeply resentful of this status.

In the case of the United States this condition can be multiplied out beyond the Trump camp. You can find people who feel abandoned in this way on both the political right and the left, among a multitude of ethnic minorities, and among folks who derive this feeling based on their geographic area and its cultural idiosyncrasies or economic woes. That probably adds up to more than 37 million Americans (the total U.S. population is a little over 323 million). However, 37 million seem to have found in Donald Trump a charismatic mouthpiece for their frustrations. As such, he is more important to them than the U.S. Constitution and the governmental system it has generated. Indeed, his words carry more weight than the rule of law.

In fact, what we are witnessing is the coalescing of a classical type of mass movement of true believers following an adored leader. And, as suggested above, 37 million people constitutes a lot of mass.

In their search for a new America, one that allows them a sense of belonging rather than alienation, the zealots making up this incipient mass movement are unconcerned with what underpins traditional America. This unconcern is reflected in the fast and loose way both they, and Trump himself, play with facts. Thus, factual descriptors of reality, in this case science and its investigations, are of little account and, if necessary, can be cast away.

This brings us to the second NYT editorial -- the one about "President Trump's War on Science." This piece is the paper's own editorial and thus unsigned. It represents a rundown of how the Trump administration is systematically dismantling all federally funded scientific programs that could add to the cost of production or otherwise interfere with a multitude of polluting industries.This is being done even though the consequence, as the NYT puts it, is that "the future isn't going to be nearly as promising for ordinary Americans as it should be."

As an example, we can take the future of citizens of the Appalachian region of the U.S. The editorial describes how the Trump administration stopped a study into "increased rates of birth defects, cancer and other health problems among people living near big surface coal mining operations in Appalachia." It seems that proving such a correlation would certainly harm the coal industry that Mr. Trump promised to sustain. Do his supporting zealots take any notice? Well, take a look at the picture that accompanies Ms Tur's essay. It is a photo of devoutly screaming Trump supporters at a rally in Huntington, West Virginia -- not far from where the coal industry "blows the tops off mountains to get at the underlying coal seams."

It would seem that for those in Trump's incipient mass movement, interest in health-related science simply does not exist. The reasoned words of a scientific investigation, even one demonstrating the source of a population's physical illnesses, can be ignored. They can even be scorned if they appear as the product of a despised anti-Trump camp. Thus, in today's Appalachia, science simply does not have the same resonance as the words of Trump the propagandist saying he shares the population's sense of economic betrayal, and will redeem their lives through a "job boom fueled by 'clean, beautiful coal.'" It matters not at all that science suggests that there is no such thing as economically feasible "clean, beautiful coal."

The 37% of the American population who still support President Donald Trump are evolving a consciousness more responsive to political propaganda and socio-economic mysticism than to rational debate or fact-based policy formulation. They no longer care about the latter approaches because they seem to hold no promise for them. These people are neither Republicans nor Democrats -- they are instead the true believers of a political evangelist.

Related Topic(s): Donald Trump Supporters; Mass Psychosis; Trump Campaign; Trump Ego; Trumpism, Add Tags
Add to My Group(s)
Go To Commenting
The views expressed herein are the sole responsibility of the author and do not necessarily reflect those of this website or its editors.